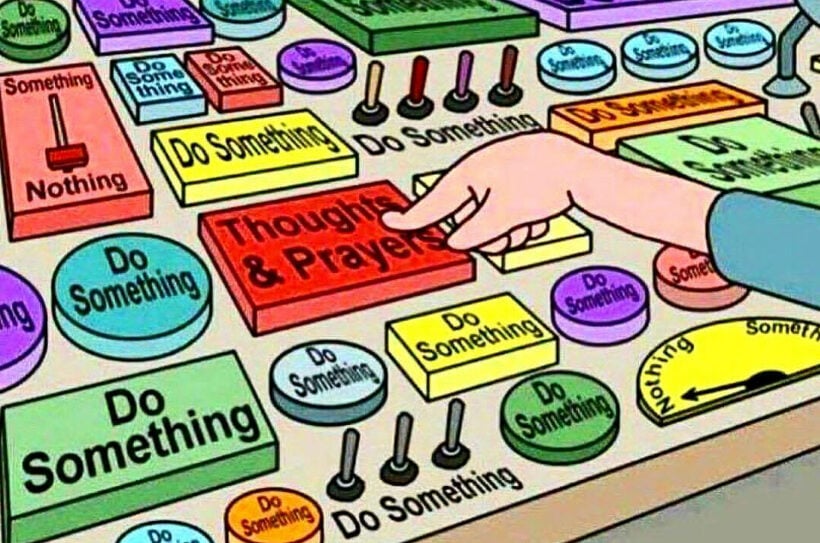 Issuing its first cautious statement over the invasion of Ukraine, ASEAN calls on… “all parties concerned to exercise maximum restraint, to pursue dialogue through all channels, including diplomatic means to contain the situation, to prevent it from further escalation and to see peaceful resolution in accordance with international law and the UN Charter.”

No condemnation, no demands for an immediate withdrawal. They didn’t even mention the word “Russia” in their communique.

Individually, ASEAN states have varied from strong reaction to outright support of Russia, most somewhere in the middle.

Singapore’s Foreign Ministry said the government was “gravely concerned” and “strongly condemns any unprovoked invasion of a sovereign country under any pretext.”

Then there was Myanmar’s military Junta describing Russia’s invasion as “an appropriate measure to preserve its sovereignty”. Almost outright support of the Russian aggression.

The ASEAN proclamation over the matter was, therefore, just an approximation between the two extremes.

Most of the comments released as official statements over the ongoing invasion are the same sort of feeble and overly diplomatic language you hear from US officials anytime there is one of the horrendous mass shooting events when they offer up their clichéd “thoughts and prayers”, somehow deflecting the horror of the situation with their platitudinous mock-concern.

ASEAN may as well said they offer their “thoughts and prayers” to the people of Ukraine who are currently in the process of an invasion by a more powerful, determined adversary.

Cambodia’s long-serving PM Hun Sen commented that the situation in Ukraine was “very concerning” calling for a “peaceful solution.”

Thailand’s PM Prayut Chan-o-cha has been silent on the matter but the Ministry of Foreign Affairs expressed its “deep concern” calling for “ongoing efforts to find a peaceful settlement to the situation through dialogue”.

Thailand’s English national news outlet, NBT, simply reported “Thailand Calls For Diplomatic Solutions to Russia-Ukraine Crisis”, whilst mentioning the closure of Ukranian airspace and assistance for migrant workers who were still in Ukraine.

Malaysia’s PM Ismail Yaakob, following a week visiting the Thai and Cambodian PMs, “….hopes that the best possible peaceful solution can be reached immediately between Ukraine and Russia, followed by a successful resolution of the said conflict”.

Indonesia’s Foreign Ministry yesterday morning didn’t even mention the word ‘Russia’ in their short statement. Still they called for “respect for territorial integrity and sovereignty” but said that “the military attack on Ukraine is unacceptable.”

“…all parties must cease hostilities and put forward peaceful resolution through diplomacy.”

Vietnam “called on relevant sides to practice self-restraint”. The strong ally of Russia and ongoing customer for Russian military equipment said that they were keeping a “close watch” on the situation.

The Philippines have been particularly economical with their responses, saying that their “chief concern” is the safety of overseas Filipino workers who may be affected by the conflict. Filipino Foreign Secretary Teodoro Locsin Jr. says efforts are underway to repatriate workers who want to return to the Philippines.

Nothing specifically mentioning the invasion by Russia.

Apart from being almost dismissive about the current conflict, the ASEAN countries have not made any positive responses of withdrawing ambassadors, applying trade restrictions, banning flights from Russia, or supporting US or European sanctions.

ASEAN have had a history of doing their best NOT to get involved in sovereign country’s affairs, not even that of their partners. In the case of Myanmar, ASEAN have done little more than offer a third party diplomat to negotiate a ceasefire between the military junta and the opposition fighting clans.

For the time-being at least the ASEAN states don’t see the events unfolding in Central Europe as strategically relevant to their region.

Thailand is showing no signs of banning flights from Russia, at the moment the biggest feeder of tourists since it re-opened it’s Test & Go re-entry program. And none of the other ASEAN countries are showing any appetite for unilaterally adding their own sanctions.

So far, regionally, only Japan, Australia and South Korea have issued statements of condemnation and sided with their US ally and committed to following through with sanctions, primarily targeting the Russian economy, movement of funds out of Russia and rich Russian oligarchs.

There’s no doubt the US will be calling on its ASEAN ‘friends’ in the weeks and months to come as it hopes to turn its current diplomatic murmurings into an international chorus and, hopefully, avoiding any chance of international boots stepping onto Ukrainian or Russian soil.

Benroon
2 hours ago, BJoe said: Anybody with ANY common sense would have known that this would happen. For all you European (NATO) jerks out there WHINING, Russia had no choice. All the western alliances had to do was…

Poolie
11 minutes ago, Benroon said: Technically you are correct - the west to some extent have bought this on themselves by potentially reneging an agreement set in 1991. Putin I believe was only trying to underline it and got a…
pascal
3 hours ago, Poolie said: Ooofff! Contentious! he gets the point.

KT50
Great insights and I totally agree Tim. I think Putin will find he has awoken a sleeping giant that even his ego and power hungry cronies will never defeat. It must suck to have a Napoleon complex like Putin.…
HiuMak
16 hours ago, Vigo said: But it is. Consider energy. China concluded a deal to purchase as much of Russia's oil and gas as Russia can supply. The EU, especially Germany is addicted to Russian energy. Russia just blew up…

The west weaponises SWIFT as it ramps up sanctions against Russia