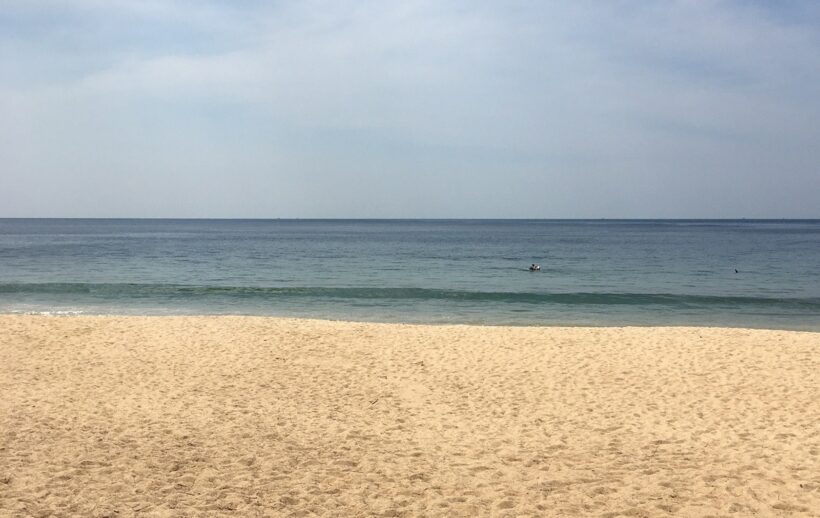 Pol. Lt. Gen. Suwisit Kirirak received a report that a Chinese tourist had drowned at Karon Beach around 1pm yesterday (Thursday) near the Tsunami Alert Tower. He headed to the scene where Kusoldham foundation volunteers had already arrived.

They found the body of 30 year old Pan Xin, a Chinese citizen who was on holidays on the island with his wife. He was wearing a long sleeve blue swimsuit with a black swim short. Police spoke to his wife, Xu Yinling, and found out that they had gone to Karon Beach around noon and that her husband went swimming with a snorkeling mask while she waited on the beach. Police say that she got worried after he didn’t show up after about 40 minutes. She then asked for help.

A person, using a jet ski, discovered the body approximately 70 metres offshore. He was found floating just under the surface while still wearing the snorkelling mask.

The police are still investigating the cause of death and have notified the Chinese Embassy. The man’s body was sent to Patong Hospital for an examination to find further clues to the man’s death.