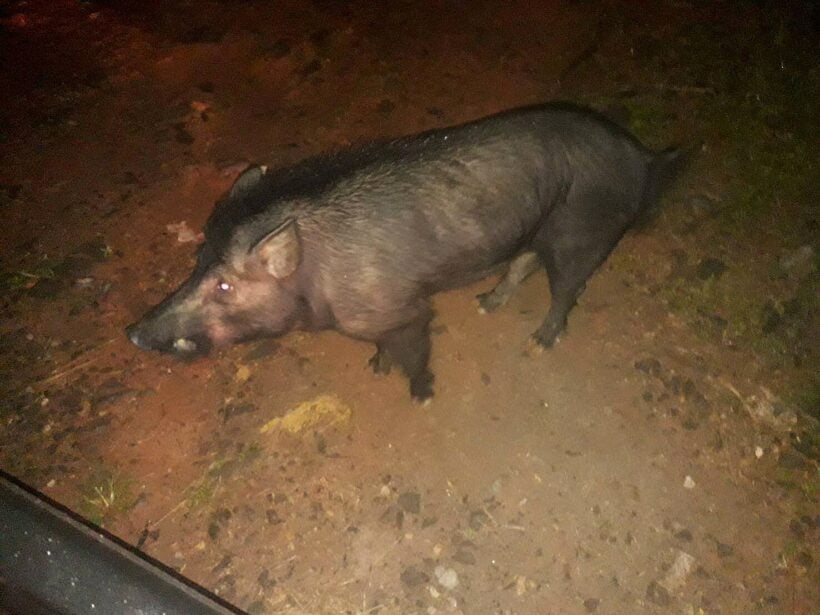 A 48 year old man Somsak Pengsata was attacked by a boar after kicking it. After the attack, he bled to death.

According to witnesses who are fellow workers there in Kathu area, there were 4 boars, each of them has a pair of 2 inch long tusks living in the same sty. The workers were sitting in front of their accommodation and saw one of the boars was out by accident and they were trying to catch it while Somsak was drunk and parked his motorcycle in front of the accommodation.

The boar butted the back of his motorcycle making him angry. He went to the back of the bike and kicked the boar while the workers tried to tell him not to. The boar attacked back by butting him in the groin causing a 6cm deep wound. The workers did their best to help him and called their employer to take him to the hospital but he bled too much and died.

The boar was fierce and tried to butt everyone who was in the area including police officers. It took a while before they managed to capture it and put it back in the sty.