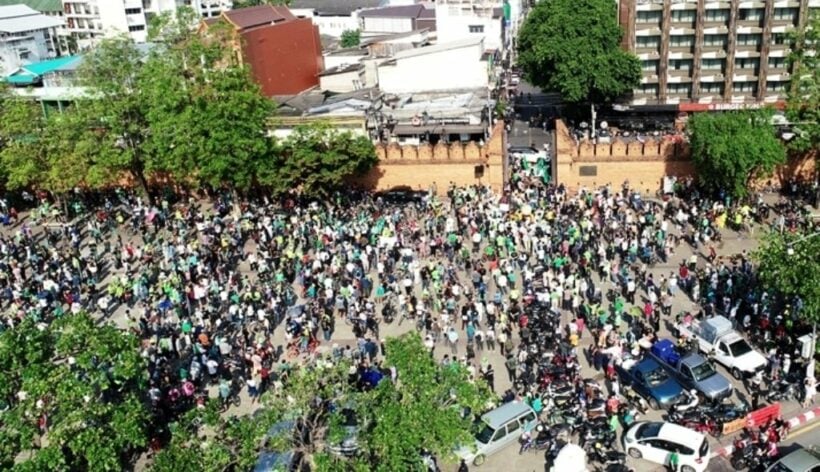 Around 1,000 people have rallied in Chiang Mai yesterday to protest the homes being built for Thai judges on forested land on Doi Suthep mountain. The protest is one of the largest protests against the government ever staged.

Public frustration has been mounting over the project since aerial images started circulating on social media earlier this year. Yesterday protesters wearing green ribbons, called for the demolition of the buildings as they marched through the Chiang Mai.

Protesters claim the mountain, which looks across the northern city, is a sacred site and conservation area. But officials are defending the housing project for judges and other court officials, saying it was carried out legally on a patch of government-owned land adjacent to the national park that covers the rest of the mountain.

A man killed by a boar in Kathu