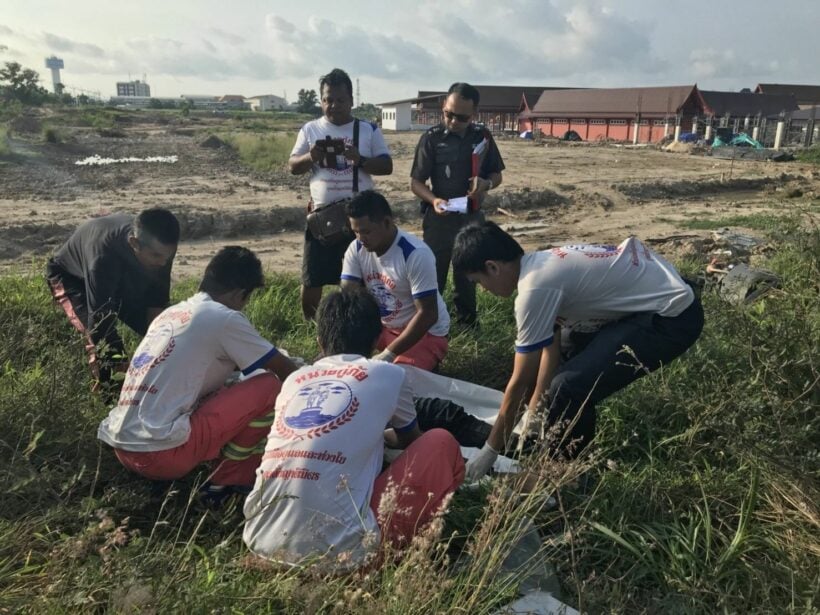 Chalong Police received a report about a motorcycle crash last night (April 28) on the road behind Klong Kata Dam that killed a man whom the police are yet to positively identify.

Ruamjai Rescue Foundation and Chalong Police believe that the 35-45 year old man might be a Chinese language tour guide as they found information in his mobile phone was in Chinese.

He was found in a field on the roadside wearing a white T-shirt and trousers. He had a wound on his neck and bruises on his body. About 5 metres away from his body, they found a motorcycle and a black helmet. Also, they found a trace of motorcycle tyre. They say it appears that the rider flipped over the curbing then hit a pillar on the road side.

According to local people, they say his name is Chin Ho who initially lived in the mountains in the north of Thailand. He was drinking with his friends about 4-5 kilometres away from the scene. The man did not wear his helmet, although it was with him on the bike at the time, and the route was very dark, which police say could have been the cause of the accident.

Police are searching his identity from the motorcycle records positively ID the man and contact his family.