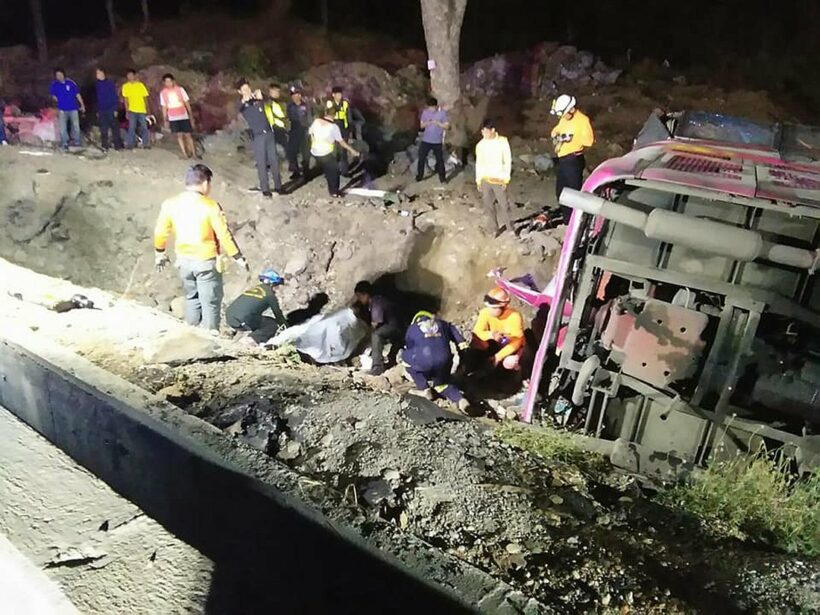 Another crash, again involving a bus carrying Burmese workers back home for Songkran.

Six Burmese migrants have killed and 44 others were injured when a bus taking them from Tak to Chachoengsao lost control and crashed down a roadside hill last night (Monday).

He said the accident happpened at 10.51pm on the Mae Sot-Tak road in Tambon Mae Thor in Muang district.

The double-decker bus was transporting 50 Burmese migrants from the the border checkpoint in Tak’s Mae Sot district to Chachoengsao’s Plaeng Yao district.

40 year old Pisit Thanathakpasit, the bus driver, told police he could not slow down at the curve. He said he attempted to drive the bus against the roadside concrete barrier to reduce speed but it eventually plunged off the road and crashed about five metres down the hillside.

Police suspect the driver was speeding and his brakes failed. 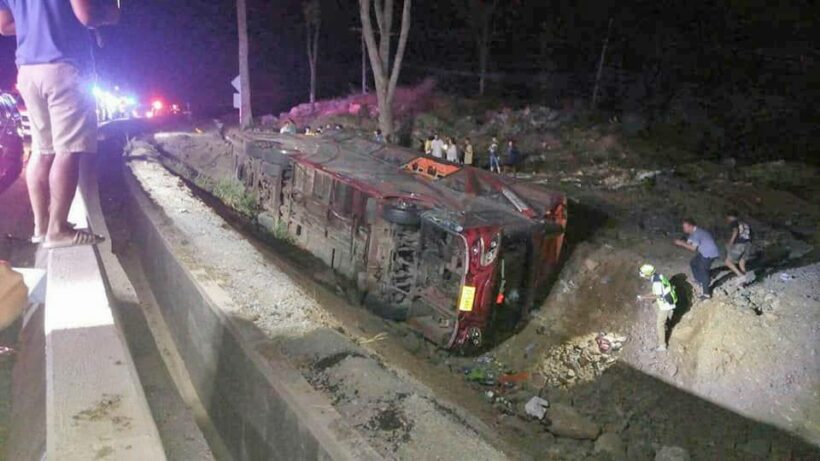 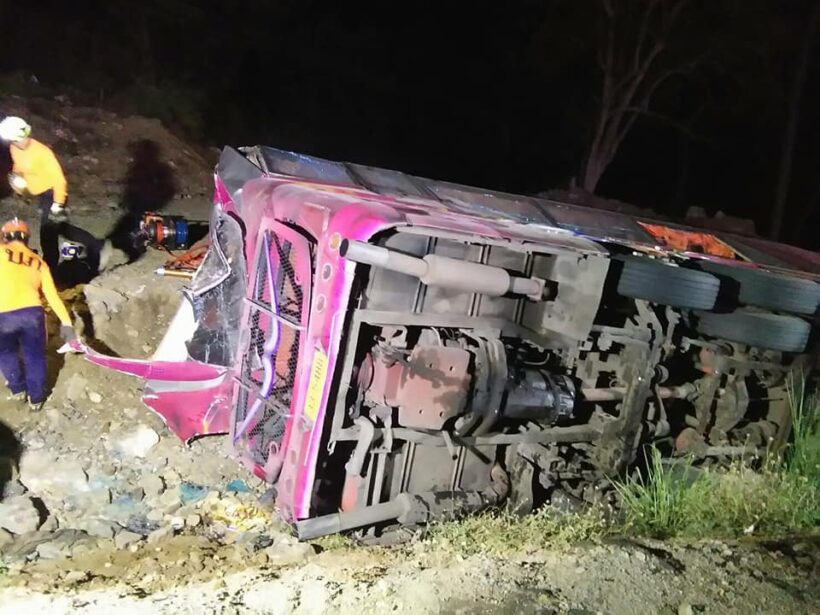