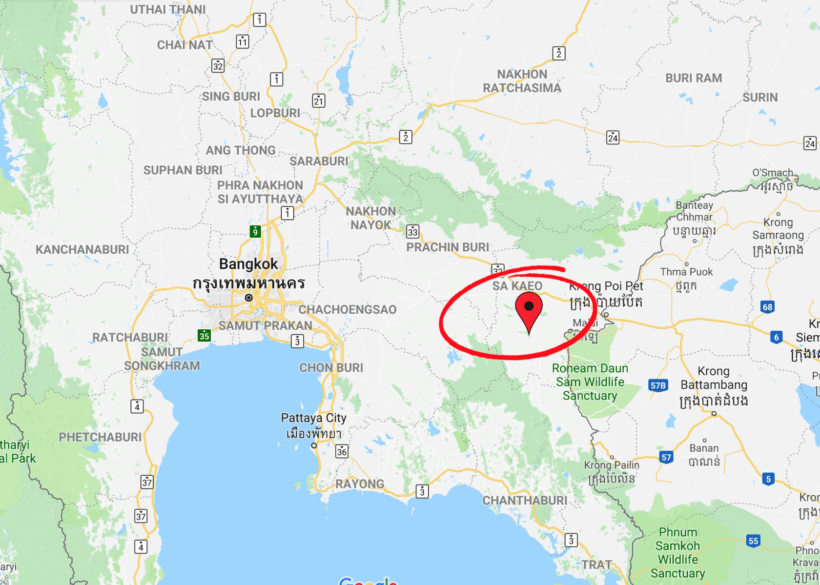 Five teenagers have been killed and four others injured after a speeding pickup truck returning from Sa Kaeo’s Songkran celebration flipped and slid into a roadside ditch last night.

Pol Colonel Setthanat Timwat, commander of Wang Nam Yen police station, said the accident happened at 9.50pm on Khao Chakan-Wang Nam Yen road about one kilometre from the Wang Nam Yen downtown. The District is near the Cambodian border.

Two other passengers were unharmed.

Setthanat said police learned from relatives of the deceased and injured that the 11 teenagers were travelling home from celebrating Songkran in Sa Kaeo’s Muang district. The pickup was apparently speeding when it lost control and flipped when the driver swerved to the left to avoid a plastic barrier that had been placed in the road to create a temporary U-turn point.

The pickup flipped and slid into the road-side ditch, said Setthanat. The station commander said police had just stopped staffing an alcohol checkpoint on the road at 8pm. He said police will check whether the driver of the pickup had been drinking alcohol.