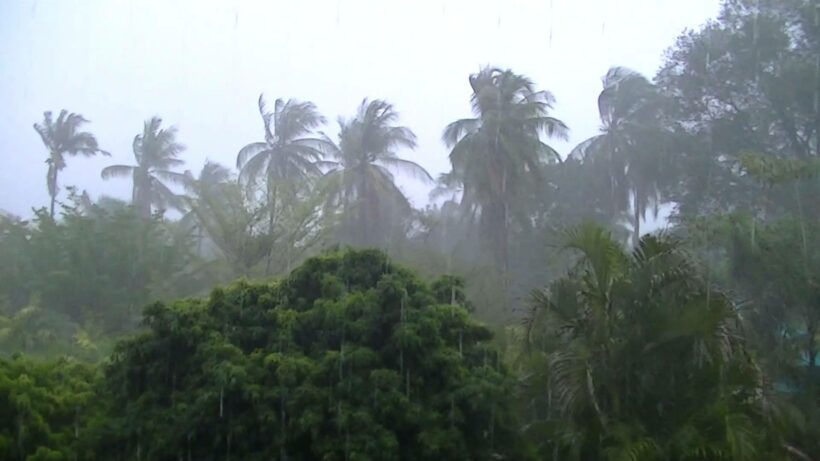 5 people are dead and 3,758 homes in 36 provinces have been damaged by storms over the past week. The Disaster Prevention and Mitigation Department director-general Chayapol Thitisak reported on the damage yesterday.

He reported that relief aid, including home repair assistance and distribution of relief bags has been provided by Army, local administrative officials and related agencies.

The Thai Meteorological Department has issued weather warnings for upper Thailand for April 24-27, warning residents about lightning with gusty winds and hail. They say people in the Northeast should brace for severe weather during April 24-25 while those in the North, the Central area including Bangkok and its vicinity, and the East – as well as parts of the South – should be on alert during April 25-27.

The hotline number is 1784 for any weather damage.