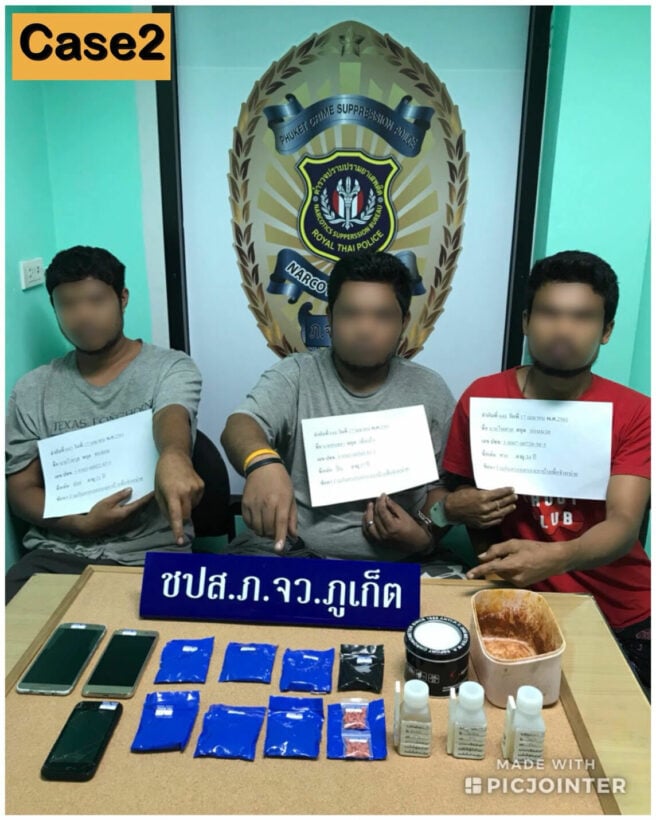 As part of the Phuket police crackdown on drugs on the island, Kathu police have arrested 4 drug dealers with more than 1,400 methamphetamine pills.

The 3 were arrested with 1,444 amphetamine pills. The three men’s urine test were also positive for drug consumption.

Police had already arrested the first man but received a report from an undercover officer that there were more people in the house so Police returned and found the other 3 men.

Isara confessed that he bought the 4 amphetamine pills from Waiyawut by contacting Sonthaya. Sonthaya confessed also that he ordered the methamphetamine from Phatthalung province on April 16, which was transported by tour bus hidden in electronic equipment.

He had made appointment to receive the electronic equipment with the bus staff and spread the drugs to his clients in Phuket.