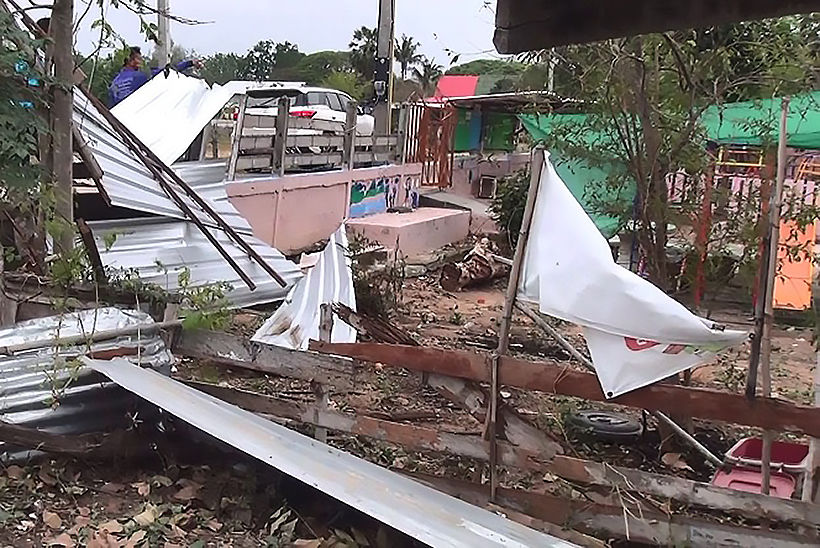 About 10 houses were damaged and the power supply cut off when a summer storm lashed a village in Prachin Buri province, east of Bangkok, last night.

65 year old Amporn Thaenghom says she was home alone when the squall  First came the rain, then a gale that quickly swept away much of her corrugated iron roof. The house was badly damaged.

Two power poles in the village fell due to the wind and pounding rain, causing a blackout.

Village chief Somjit Uhen says about 10 houses were damaged but fortunately, nobody was hurt.

Summer storms have taken a toll on Thailand’s northeast in recent days as well. Last week, numerous homes and public buildings were damaged by storms in Buri Ram and Nakhon Ratchasima provinces.

Heat, showers predicted for the North, clouds in the South