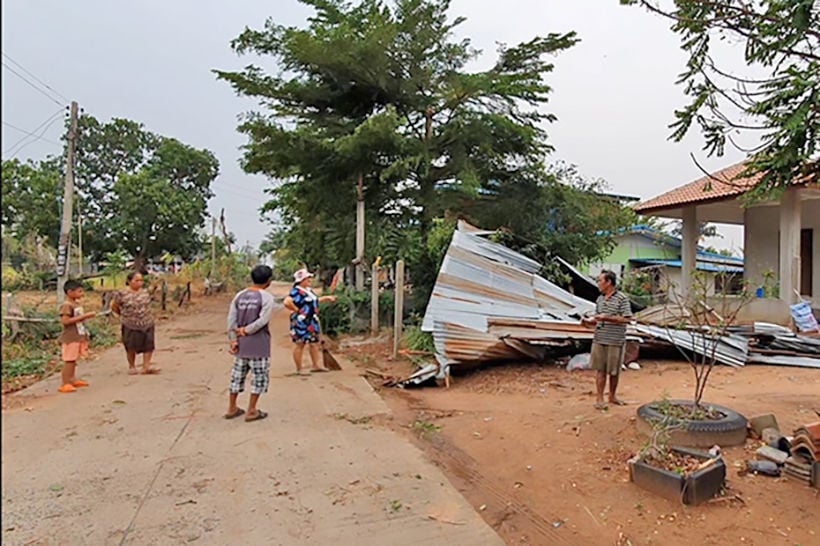 Sudden summer storms caused extensive damage in two provinces in Thailand’s northeast yesterday: many villages in tambon Nong Ma Nao in Khong district of Nakhon Ratchasima, also known as Korat, were struck by a summer storm late last night. Numerous houses were severely damaged by the storm, which started at about 11pm. Some structures were entirely demolished.

The roofing sheets of a barn were blown into the sky, leaving the interior soaked with rainwater. The storm also blew down many trees, which fell on power cables, leaving entire villages without electricity for more than five hours.

An official warning has been issued for people in Korat to fortify their homes as a precaution against further storms, which are expected imminently.

Korat gained notoriety recently and the nation is still reeling after a bloody shooting rampage by a disgruntled soldier there left 30 dead and dozens more injured.

More than 20 buildings, including local houses and schools, were damaged in at least five villages. Nearly the entire roof of the dining hall of a school in Sa Bua district was ripped off by the storm, leaving debris strewn all over the school grounds and nearby. 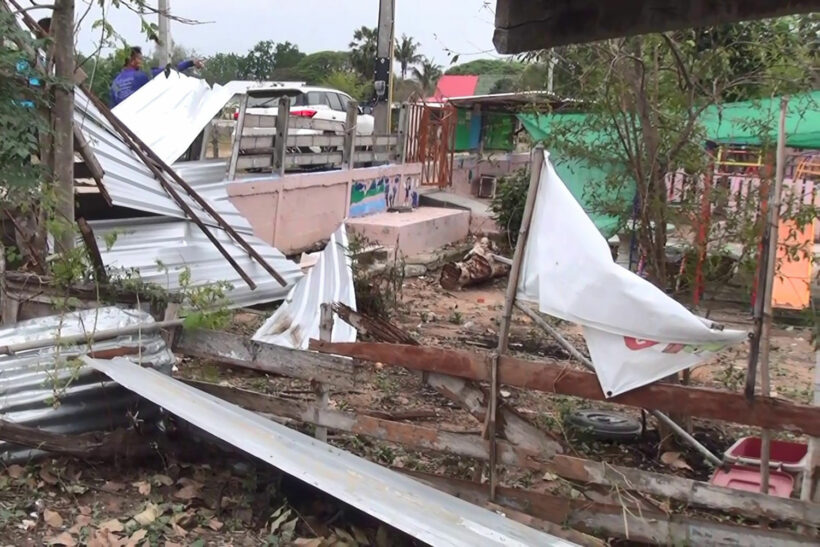 There were no casualties as the school closed for summer holidays on Friday.

Officials examined the damage tis morning in order to prepare a report for district and provincial authorities. The headman of Sa Bua village said several villages nearby were also believed to have been struck by the storm but the extent of damage was not known.