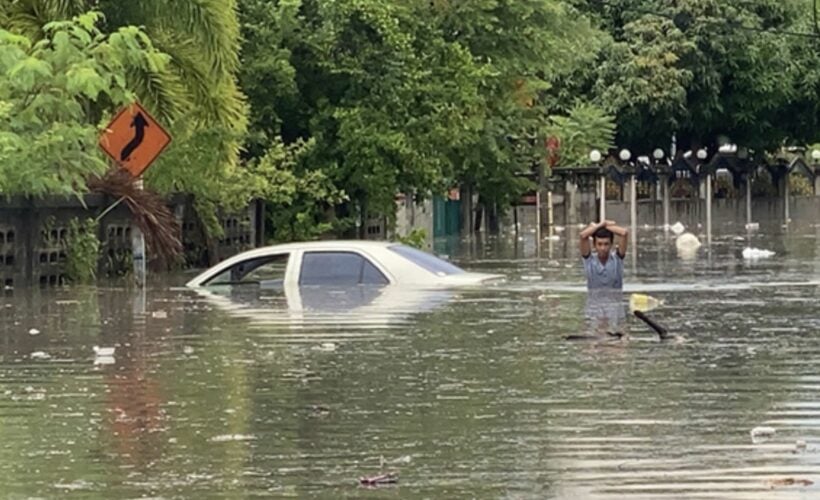 More rain in Pattaya today brining flooding to some of the ‘usual’ spots and affecting traffic. The mid-afternoon downpour flooded Pattaya’s major arteries, causing water up to 50 centimetres deep on some of the roads, including (of course) Beach Road. The rain battered the seaside city for around 2 hours.

The Bangkok-Pattaya motorway was also hit by the sudden downpour but the water quickly drained away. It took the water a good hour to subside in the worst affected areas.

The hardest hit areas were in Bang Lamung’s Nong Yai, where some areas ended up under 1 metre of water, high enough to submerge a car.

Niyom Kongsan told Bangkok Post that he was trying to drive his car out of the worst flooded areas and find an alternative soi to Sukhumvit Road, but the current was so strong it took control of his car “most of it sank beneath the water”.

Weather.com forecasts rain for the rest of the week around Pattaya although unlikely to be as heavy as this afternoon.