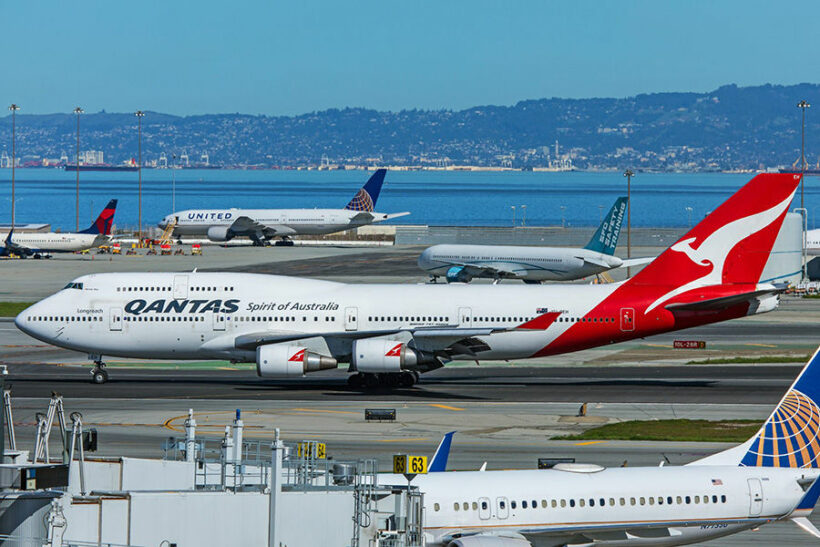 The Qantas Boeing 747 has taken to the skies for the last time, marking its final journey by drawing the airline’s famous kangaroo logo in the sky. The design could be seen on flight radar maps as the aircraft, affectionately known as the Queen of the Skies, ascended out of Sydney for the last time. It flew over the Harbour Bridge, the city’s Central Business District, the beaches of the northern and southern suburbs, and the museum of the Historical Aircraft Restoration Society, just south of the city. 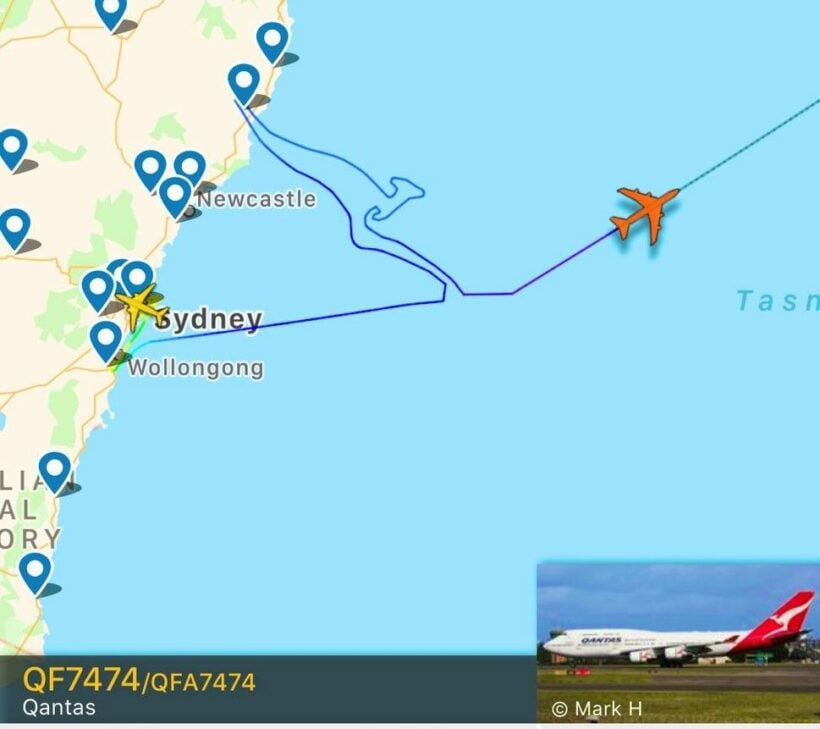 The aircraft has been part of the Qantas fleet for 50 years, with the carrier acquiring its first jumbo in 1971, thereby opening up the world to millions of Australian travellers. Three years later, the 747 was used to rescue nearly 700 people from the devastation of Cyclone Tracy in the Northern Territory capital, Darwin. By 1979, Qantas was the first airline running an all Boeing 747 fleet. More recently, the aircraft was put to work ferrying hundreds of stranded Australians out of Wuhan, when the Covid-19 crisis erupted.

The aircraft will now be retired to California’s Mojave Desert, where it will join other planes that are stripped for parts in what is known as the aircraft graveyard. The co-pilot on the last flight, Greg Fitzgerald, says it’s the end of an era.

“Everybody in Australia, everybody in the world, knows the shape of the 747. It’s like Aeroplane Jelly and Vegemite, it’s always been there. We don’t know life without the 747.”

Adding to that, Qantas CEO Alan Joyce says the 747 changed the world of travel for countless Australians but, while its demise has come early due to the Covid pandemic, it will eventually be replaced by an alternative, more fuel-efficient aircraft.

“It’s hard to overstate the impact that the 747 had on aviation and a country as far away as Australia. It replaced the 707, which was a huge leap forward in itself but didn’t have the sheer size and scale to lower airfares the way the 747 did. Time has overtaken the 747 and we now have a much more fuel-efficient aircraft with an even better range in our fleet, such as the 787 Dreamliner that we use on Perth to London and hopefully before too long, the Airbus A350 for our Project Sunrise flights non-stop to New York and London.”

The retirement of the 747 from the Qantas fleet comes as British Airways announces that it too is scrapping the iconic jumbo. A BA spokesperson adds that while this was always the plan, the shutdown in world travel due to Covid-19 has brought it forward a number of years.

“We are proposing to retire our entire 747 fleet with immediate effect. It is unlikely our magnificent ‘Queen of the Skies’ will ever operate commercial services for British Airways again due to the downturn in travel caused by the Covid-19 global pandemic.”

It’s understood there are now fewer than 100 Boeing 747 aircraft still operating around the world.