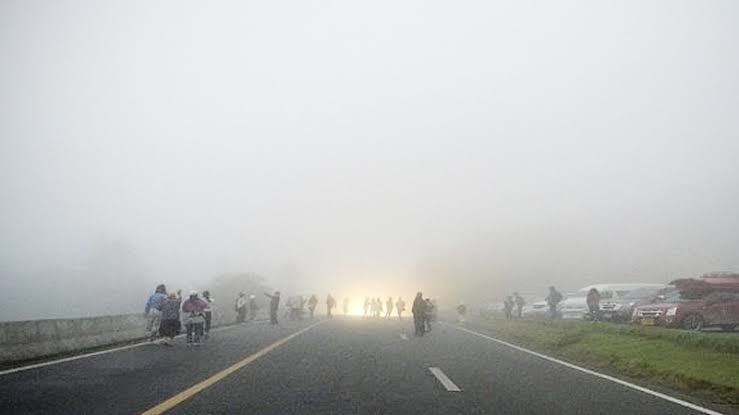 PHOTO: Fog expected in the mornings up north - The Nation

Watch out for some fog in the hills around the north of Thailand, a continuation of the smog problems in the city and a chance of thunderstorms during the day in parts of the south.

A high-pressure system over upper Thailand and the South China Sea is weakening that will cause morning fog as well as cooler weather in some parts of the North and the Northeast regions of the country. Temperatures are predicted in the range of 14-21C in mountainous areas of the region. Otherwise temperatures at ground level are likely to still exceed 30C.

The Thai Meteorological Department forecasts that residents in the upper regions are being urged to take health precautions and protect themselves from potential cold weather, while drivers are being told to exercise extra caution because of poor visibility due to fog at altitude.

Across southern regions of the country, moderate easterly winds are likely to bring an increased likelihood of rain, although the chance is still low. In the central region, including Bangkok and the provinces around the capital, the weakening easterly winds will increase the smog and smoke problems in the city.

Northern region: Cool to cold weather and fog in the morning, temperature lows of 14-21°C and highs of 32-35°C. Temperature likely to drop to 3-12°C on hilltops.

Northeastern region: Cool to cold weather and fog in the morning, temperature lows of 16-20°C and highs of 32-34°C. Temperature likely to drop to 8-13°C on hilltops.

Rural students to get digital boost with “e-School”