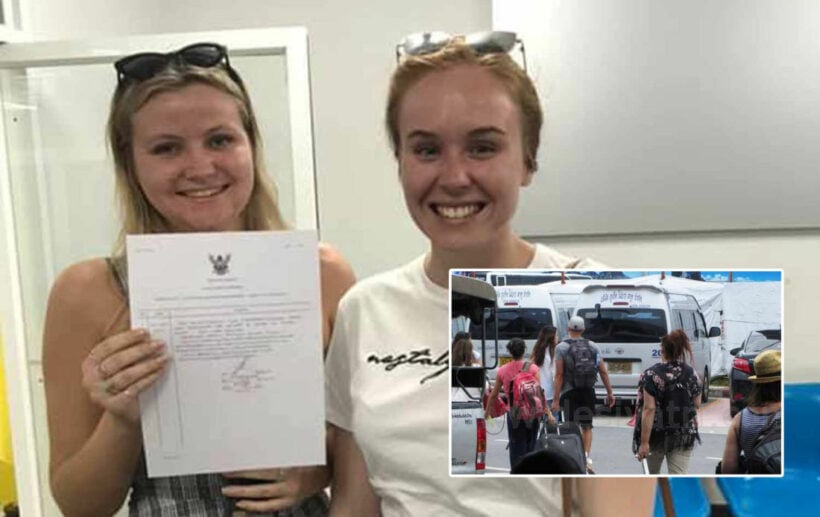 As a follow up of the complaint about an overcharged van fare of 3,000 baht from Phuket International Airport to Kata by two Australians, a meeting was held yesterday between the driver, the tourists and a representative from the Phuket Land Transport Office.

They agreed, in the end, that it was all “a misunderstanding”.

The complaint about the expensive fare went viral an even got to the desk of the Thai PM. PM Prayut Chan O-cha ordered all departments involved to investigate and prevent the overcharging of taxi and van fares in the future.

Meanwhile, a meeting was held at the Karon Police Station, where the media were barred from attending. Following the discussions, the Phuket Vice Governor, Supot Rodruang Na Nongkhai, reported that after investigating the story from the two Australian tourists, it appears that they negotiated the taxi rate at the airport.

Naruemon Jampathong was the tout in the negotiations, who approached them in the arrivals hall and called the van driven by Poompat Chankaew to take the pair to Kata. The Vice Governor explained that the tourists and the taxi driver told police different stories regarding the price. The tourists said they were offered at 3,000 baht ride while the van driver said he agreed on 2,000 baht (which is still 400 baht above the advertised and signed price for a private van hire for the journey).

However, Naruemon was found guilty of entering the airport without a permit and the AoT has fined him 2,000 baht for this transgression.

Regarding the amount for the van fare, there were further investigation as the two sides have offered conflicting stories.

He noted that the PM emphasised to make justice for this case, especially to the Australian tourists and also to prevent these types of incidents in the future. The taxi driver told the media that, as soon as he was made aware of the controversy, he rushed to Karon Police Station to report in person to the police that he only charged them 2,000 baht, which was the negotiated price and the passengers were willing to pay as they didn’t want to wait for the van to be filled up (with other paying passengers – usually charged 200 baht each, as advertised and signed around the arrivals area).

He insisted there was no mention of a 3,000 baht fare. However, in the end, police called the tourists and the driver for another round of talks. This time, according to police, both sides agreed that they negotiated for a 2,000 baht fare and the complaint was “all a misunderstanding”.

The taxi driver was taken by police to the airport to pay the fine for picking up passengers at the airport without a permit.