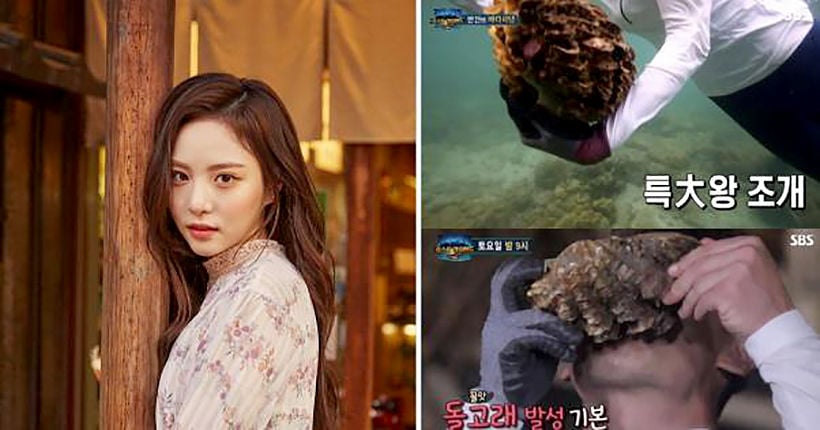 In an official statement, South Korean TV network SBS says it has pulled an episode of the massively popular “Law of the Jungle, the Lost Island” from its streaming platform and suspended the producer. The statements says that the network’s executives were responding to negative viewer reaction caused by a scene, filmed in Krabi, Thailand, which featured show host Lee Yeol Eum catching three giant clams, a protected species in Thailand, to eat.

Thai PBS reports that the network’s entertainment chief has now been sanctioned, including a formal warning, a probation period and a salary reduction.

The “Law of the Jungle” series started airing in 2011 and has aired more than 320 episodes. The show throws South Korean celebrities and K-Pop stars into remote locations around the world. Sort of ‘Survivor’ but with more eye-liner and adventure-fashion product placement.

South Korea’s top TV channel plans to extend a formal apology in the episode scheduled to air on July 20, and is producing a handbook for filming abroad to ensure their crews work within the laws and regulations of the country in which they intend to work.

The production company had apologised previously after it was revealed that that the film crew had entered the location where the clams were caught without the required supervision or permits from the Thai government. The incident provoked anger and disapproval among the Thai public and Korean viewers.

Thailand has now blacklisted the Korean producer from filming in the Kingdom and placed the Thai production management company, known as ‘fixers’, on probation.

One of the series most popular episodes included Jin from music band BTS. When the Jin and the crew arrived at the pier in Koh Monado it caused a meltdown in security with police having to be called in to protect the K-Pop star from the marauding fans.

National agenda will be prepared for dugong conservation in Thailand