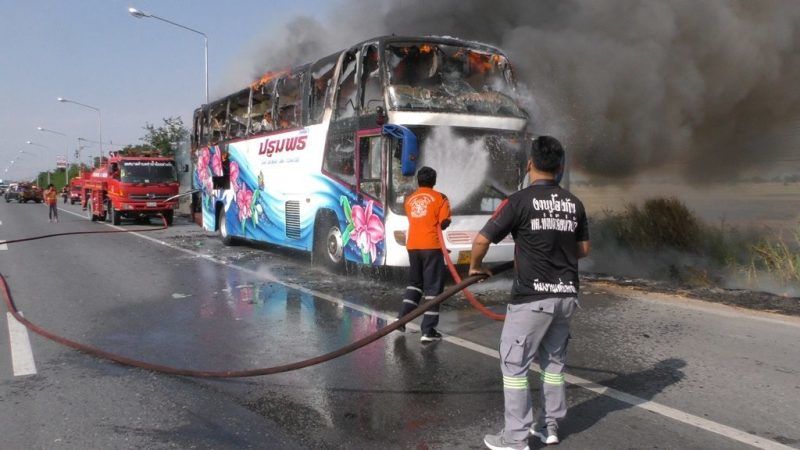 A chartered bus from a wedding was gutted by fire on Sunday in central Chai Nat Province. All 46 bus passengers escaped unharmed, according to police. The bus caught fire on the highway in Chai Nat, forcing all the passengers and the driver to urgently evacuate.

One passenger told Thai media the bus had taken the groom and guests to the bride’s hometown in Phitsanulok province. But on the return trip, smoke started coming out of the bus’s air conditioning vents. Fire then followed, forcing the bus driver to pull over and evacuate his passengers.

It took firefighters from Chai Nat and Nakhon Sawan provinces 45 minutes to put out the blaze that completely engulfed the vehicle.

The driver says the fire might have started from the malfunctioning cooling panel. He said the company would take full responsibility for the damage. But police and forensic experts are investigating the cause of the blaze and plan to press charges against the driver. 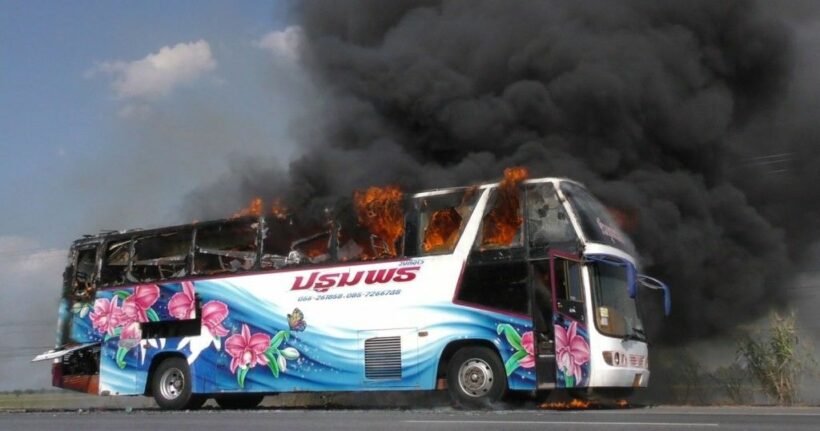