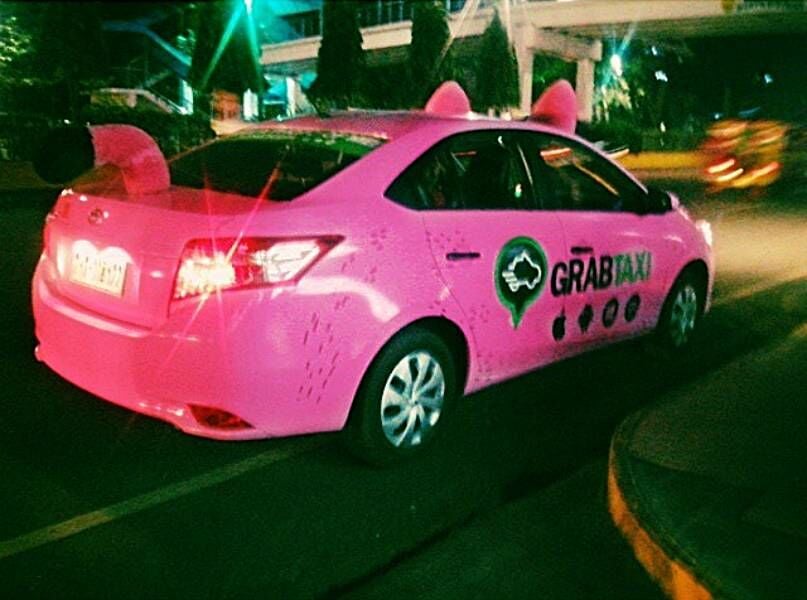 PHOTO: Thailand circled aimlessly like a taxi icon in the Grab app before finally stepping in to regulate ridesharing apps next month. (via Flickr - Mae Catherine Melchor)

Never one to be late to a trend, Thailand is jumping on the bandwagon, after hailing the bandwagon first using a ridesharing app. Many countries have wrestled with how to regulate the taxi-hailing app concept and the grey area it occupies between not-quite-a-taxi and not-quite-a-private-car, and now Thailand is looking to implement regulations within a month.

A deputy spokesperson for the government justified the need to regulate the ridesharing app industry. More and more people are hailing cabs and ride services now through mobile apps, she said of the trend that started 8 years ago when Grab launched in Thailand. But as the Transport Minister explained, car and motorbike owners who give rides are not legally recognized, nor are their vehicles, which could lead to problems.

Once new regulations are implemented, rideshare companies will register for an operating license. Drivers will only be permitted to drive for one of these legally registered apps and will be required to have a driving license and pass a criminal background check by the Royal Thai Police. They will be allowed to register one vehicle per person, and it must meet some safety requirements.

All cars must have a sticker displaying that they belong to a ridesharing app driver, as well as have proper communication devices approved by the Department of Land Transport. They also can’t be used for longer than 9 years.

Perhaps a welcomed regulation will be the price caps that every ridesharing app must adhere to. The plan is to set the limits for small cars – like a Honda City, Toyota Vios or Nissan March – and midsized cars – such as a Honda Civic or Toyota Altis – at 50 baht for the first 2 kilometres and 12 baht for each additional kilometre. They would have a waiting rate maximum of 3 baht per minute when the car is parked or not moving. Large cars like a Toyota Fortuner or Honda Accord would have a maximum rate of 200 baht the first 2 kilometres and 50 baht each additional kilometre, with a waiting rate of no more than 10 baht per minute.

The new ridesharing app regulations are being drafted over the next 30 days or so to finalize rules and plan implementation. After, the regulations will go to a public forum where they can be discussed and debated, before officially being published in the Royal Gazette. If you’d like your opinion heard, you can attend the public hearing next month, but maybe you should order your Grab early as drivers may be all busy attending the hearing!