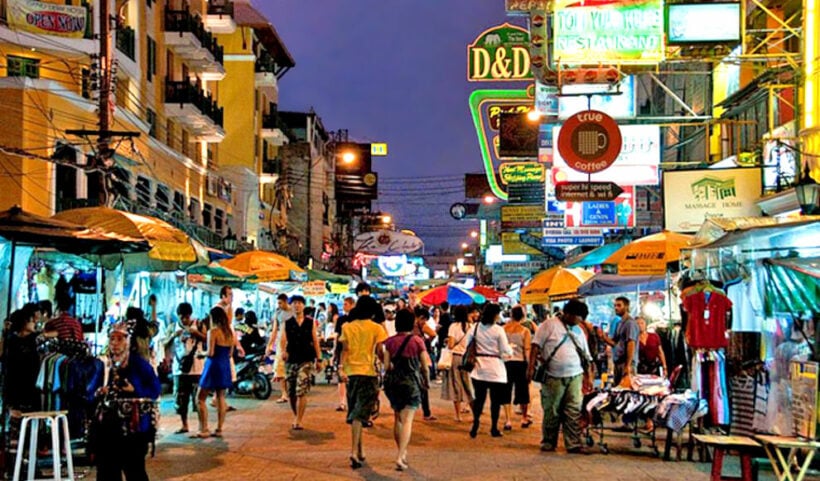 Khao San Road in Bangkok, which has become famous (and slightly infamous) over the years without much interference, is about to get fully-fledged make-over with the help of the Bangkok Metropolitan Authority.

Thai PBS reports that works are scheduled to begin in March next year with a budget of 48 millon baht set aside for the work.

Bangkok’s Deputy Governor Sakonthee Patthiyakul says the renovation of Khao San Road will include granite repaving, raising of the road surface to the same level as the footpaths, landscaping and rezoning of approximately 240 pavement stalls.

Khao San Road is a 400 metre strip packed with bars, restaurants, guest houses offering cheap accommodation, hotels, souvenir shops and pavement stalls. It also had a reputation for offering a few fake items in the past, from brand name clothing to ‘passports’ and fake licenses.

Last year there was an ongoing battle between City Hall and roadside vendors as officials tried to ‘clean up’ the area but were castigated for not consulting the strip’s many traders. City Hall eventually caved in to the pressure and stepped back from their proposed changes.

City Hall plans to rezone and re-manage the 240 pavement stalls by grouping the stalls of similar type, such as clothing, souvenirs and food, together. The deputy governor said that the operating hours of the pavement stalls will be from 9am to 9pm and the contracts for the pavement traders will be renewed every two years, so that new traders will have a chance to do business in the popular tourist spot.

To prevent a monopolization of the pavement stalls, each trader will be allocated only one stall, by means of drawing lots, and the stall rental fees will be paid to City Hall. Push carts selling drinks, fruit or food will not be allowed into Khao San Road.

For the next step, Sakonthee said that the city administration will apply the Khao San model to the nearby Rambutri Road.