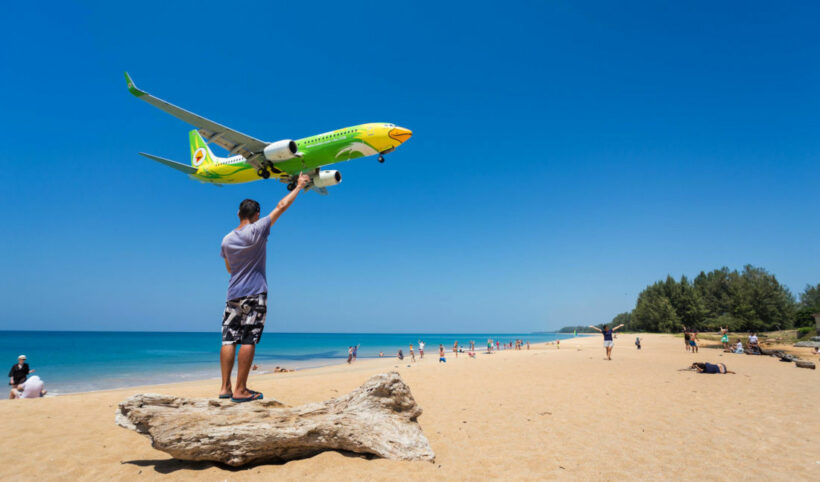 In 2018, international tourist arrival traffic grew by 6% to reach a total of 1.4 billion world tourists, according to research by UNWTO World Tourism Barometer. And there’s a lot more to come with international travel predicted to increase by a massive 35% over the next six years to 2025.

But where is all that extra traffic going to go? Which destinations are quiet now that might be swarming with tourists in the years to come? Two destinations in Thailand are set for a prosperous future, according to the data. Whilst almost all the growth is excepted to be to Asian destinations, an under-visited resource for world tourism so far.

Euromonitor data has been used to simulate tourist growth models and reveal the fastest growing projected visitor arrivals in major cities and destinations around the world for 2025, compared to arrival figures in 2018.

In Thailand, Phuket’s tourist traffic is poised to increase up to 85% in the next six years, from nearly 12 million arrivals in 2018 to over 22 million in 2025. Bangkok is predicted to see the 8th most prolific rise in tourist traffic, with arrivals in Bangkok set to swell an additional 68% during the same period. Doha, the capital of Qatar, is set to explode with 104% increase in traffic over the next six years.

The data also predicts that both Bangkok and Phuket will rebound big time in 2020, Phuket in particular with a growth of around 20% for the next year, accord to the data from TravelSupermarket.com.

By 2025 the data predicts that Bangkok will be the world’s #1 tourist destination, a position it’s held before in recent years. The Thai capital will be followed by Singapore, Dubai, Phuket and Kuala Lumpur, making South East Asia the world’s emerging tourism hotspot.

Some of the world’s favourites – New York, Paris, London – will continue to grow their tourist numbers but not at the rate of most Asian destinations. 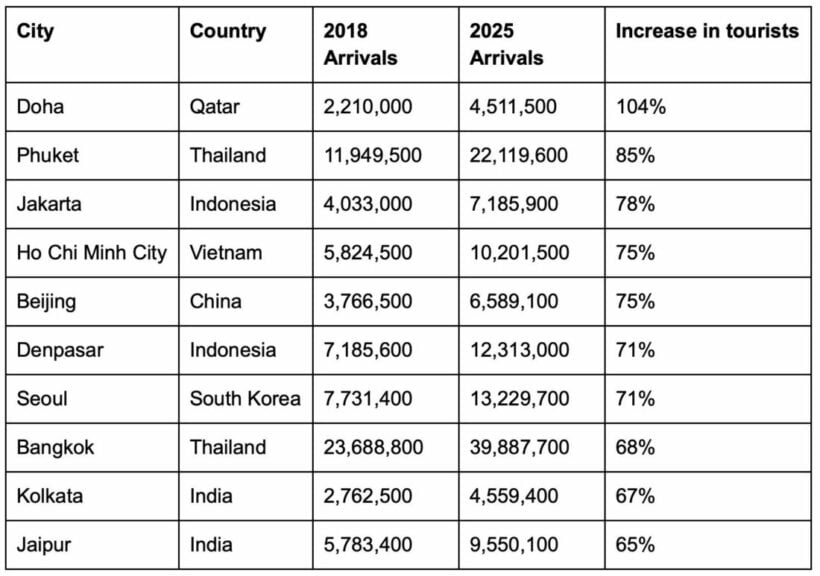 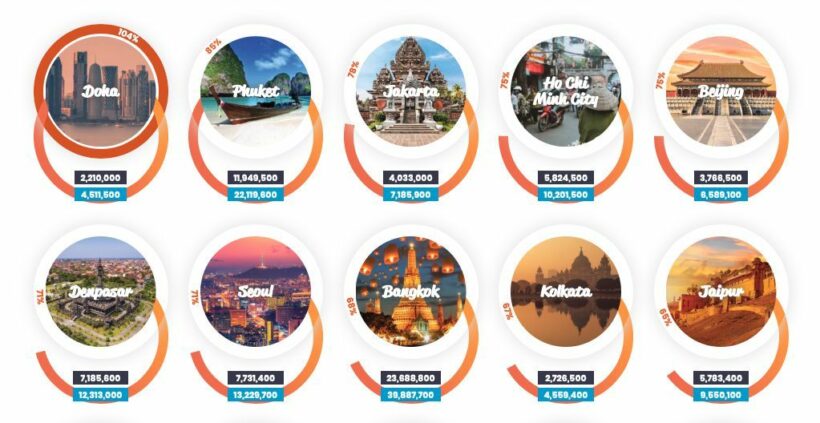