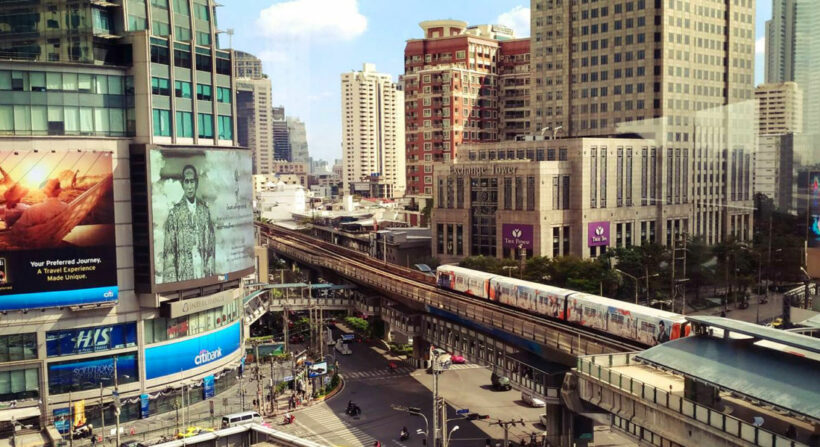 The director of the Economic and Business Research Centre for Reform at Thailand’s Rangsit University, says that if the US Federal Reserve cuts the policy rate by another 25 basis points this month, the baht could reach 29 baht to the US dollar.

Anusorn Tamajai says such a cut would put pressure on Thailand’s currency, which has been seen as a safe haven. The surging baht continues to create problems for policymakers, as exporters complain about the exchange rate making their products more expensive as they struggle to remain competitive.

While the Bank of Thailand is preparing a range of new measures to address the soaring baht, it continues to edge closer to 30 baht to the dollar, hitting a six-year high last week.

Insecurity in the global economy continues, and although it’s expected that the US will agree a partial trade deal with China, President Trump still plans to raise tariffs on another batch of Chinese goods worth $160 billion to 15% come December. The ongoing uncertainty is expected to have a severe impact on China’s economy, Anusorn says.

The US has also announced a boycott of Chinese tech companies, accusing them of human rights abuses among the country’s minority Muslim population, and President Trump has also warned China that any acts of violence against pro-democracy protesters in Hong Kong would negatively impact a US-China trade deal.

Meanwhile, in Thailand, there is ongoing disagreement over amending the junta-sponsored Constitution, with opposition politicians, academics, and civil groups in favour, while the Army Chief remains opposed.

Anusorn fears the ongoing schism in the country’s political landscape may have a detrimental effect on consumer and investor confidence.

“Hate speech could deepen political conflicts and adversely affect confidence. There is a need for political reconciliation by all sides and a determined move towards democracy and raising the standard of living of the people.”