As the future of the Thailand reopening hangs in the balance, travellers rushed to get into the country before the doors are pulled shut any further. Russia led the entries into the Kingdom with a few surprising countries making the top 10 list. 32,627 people have entered the country this year, from January 1 to January 4, bringing with them a 1.85% Covid-19 infection rate overall.

The CCSA has confirmed that they definitely don’t intend to reinstate the Test & Go programme that allows vaccinated travellers to enter Thailand and only have to isolate for as long as it takes for their arrival RT-PCR test to confirm negative results. In typical Thai government fashion, the authorities are planning on deciding on the cut-off date for people already approved to enter under the programme just 3 days before the original date proposed, January 10.

An estimated 100,000 travellers are waiting down to the wire to find out if their booked tickets and travel plans for arrival to Thailand between January 10 and January 31 will go to waste, with many non-refundable arrangements in jeopardy. Changing flight dates to get in before the deadline won’t work either, as it invalidates their approved Thailand Pass.

In what could be the last round of international travellers who are able to squeak into Thailand, the 2,511 people who entered Thailand from Russia in the first 4 days of the new year arrived in far greater numbers than second-place Sweden with 1,633 people.

Germany sent the third most amount of international travellers to Thailand with 1,581 people. The United Kingdom and the United States were within 1 traveller of a tie, with the UK edging out the US with 1,435 travellers arriving.

Kazakhstan, which recently launched a direct flight to Phuket, was the origin country of the seventh most people with an impressing 1,268 people (just 20 less than France), while Romania is a surprising 8th place, beating out several Scandinavian countries where winter travel to Thailand is traditionally popular.

With the 32,000 people entering Thailand, just 605 people of those international travellers were identified with Covid-19 when they arrived. The UK had the highest Covid-19 infection rates, with 5.92% of all arrivals having the virus, with the US not far behind with a 5.3% infection rate. Germany was third with 2.85% of arrivals having Covid-19 and Sweden followed with 2.33%. France was the fifth most infected of the arrival countries, with 2.17%.

If you need assistance with your Thailand Pass application you can enlist the services of AQ.in.th Team by using their Full-Service Thailand Pass service (average approval time 12-48 hours). 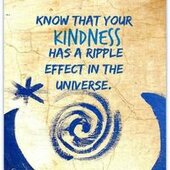 Poolie
31 minutes ago, HiuMak said: and kick a big fuss for 50Baht entrance fees Well, one of them at least. The other 31999 are quite nice chaps.
Leo
"Kazakhstan, which recently launched a direct flight to Phuket, was the origin country of the seventh most people with an impressing 1,268 people (just 20 less than France)" Why are the Kazakhs going to Phuket? Can someone in Phuket comment…
Nivram
THE BEACH AND THE CHEAP BAR GIRLS (HA HA) THAT ARE INFECTED ON SOI BANGLA.