South east Asia’s low-cost carriers are staggering as demand plunges, and countries are ever-wary about re-opening their borders, raising questions whether they will be needing any new planes in the short to medium term.

Malaysia’s AirAsia Group and Vietnam’s VietJet are publicly canvassing their cashflow and funding problems. Indonesia’s Lion Air has shelved a planned flotation this year. But prior to the ‘disruption’, there were questions raised about whether new aircraft ordered during a frenzied decade of new plane orders by south east Asian carriers would ever end up actually being delivered. Whilst the high-profile owners were popping the champagne with sales executives from Airbus and Boeing, bankers and leasing bosses were scratching their heads wondering how it was all going to happen.

The three main regional companies, all with ‘franchises’ in countries outside their home bases, have a collective 938 planes on order. They lease most of their existing fleets of 480 aircraft. They all had plans to nearly double their fleet in the next few years as the new aircraft come off the assembly line.

As the region starts to re-open airports and start up the engines on their grounded fleets, the flights, for now, are almost entirely domestic. Despite getting almost no help, compared to their national carrier cousins – Singapore Airlines, Thai Airways (currently wading through bankruptcy proceedings), Garuda, Vietnam Airlines, Malaysia Airlines – they have been the first to rebound and get back into the sky after the first wave of Covid-19 subsided (well, in some countries).

The lower cost structures gave them the flexibility to benefit first from any the glimpses of recovery. They also have a lower cash-burn due to their smaller financial footprint.

But, barring their return to domestic routes, the prospects of international flights remain dim… for now. Even when the shutters are up and the borders re-open, the flights will remain limited as the flying public won’t be cashed up to travel with economies in tatters and unemployment rampant – the last thing on people’s minds will be discretionary spending on travel. The makes aviation pundits worry if the backlog of new orders will ever go ahead, at least in the next decade or so.

Robert Martin, CEO of BOC Aviation in Singapore, told Reuters. that one area he was concerned about “is all those low-cost carriers who ordered too many aircraft”.

“I think there will still be work to be done on those during the third quarter.”

For the past decade, the region’s burgeoning middle class, growing disposable incomes, open skies policies and support from governments and regulators, made the ASEAN countries lucrative prospects for plane-makers and aircraft leasing companies.

Boeing predicted, just five months ago at the Singapore Air Show, that SE Asian airlines will need 4,500 airplanes over the next 20 years. A few months down the track and the impacts from the pandemic have almost completely closed down regional international aviation – employees are being furloughed, shiny new aircraft remain undelivered, passengers are sparse and manufacturers and leasing companies are absorbing losses.

From a position of high demand earlier in the year, is now the prospect of mass cancellations on aircraft orders. The International Bureau of Aviation now estimates there will be an oversupply of up to 2,500 planes globally over the next 20 months.

Singapore-based aviation analyst Brendan Sobie notes that, even with domestic recovery, you don’t have international.

“They are carrying too large of a fleet and can’t fully utilise the fleet because you can’t operate it back of clock on international flights at night.”

Despite this, VietJet only last month, told its shareholders it plans to go ahead with 12 new Airbus jets to the fleet this year.

Before the pandemic kicked off in the region VietJet had ordered planes from both Airbus and Boeing so it could launch subsidiaries in multiple countries. So far the only offshoot has been in Thailand – Thai VietJet – where it competes against Thai Air Asia and Thai Lion Air.

AirAsia says they expect to reach 70-75% of normal capacity by the end of the year, assuming everything keeps heading in the right direction. But the pandemic has already proven that nothing is set in stone and there have been as many backward steps as forward ones. They’ve already told Airbus they won’t be receiving any of the scheduled new planes this year.

Lion Air, the first airline to suffer from the Boeing 737 Max debacle, has threatened to cancel its order for any more 737 Max jets. Lion Air Flight 610 was a scheduled domestic flight from Jakarta to Pangkal Pinang. On October 29, 2018, the plane crashed into the Java Sea 13 minutes after takeoff, killing all 189 passengers and crew. An Ethiopian 737 Max crashed in similar circumstances months later, causing the grounding of the entire world fleet of 737 Max jets.

Whilst the low-budget carriers continue to get their fleets back into the skies they still have hundreds of planes gathering dust and have a long road ahead before they will be needing any new planes. Even so, they may find it easier, and cheaper, to lease older, unused planes that are laying idle from the rest of the world’s fleets. 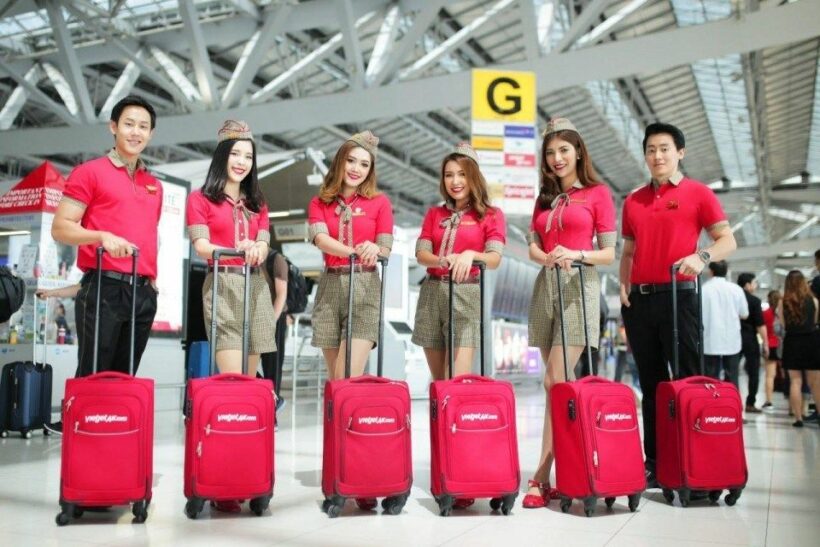