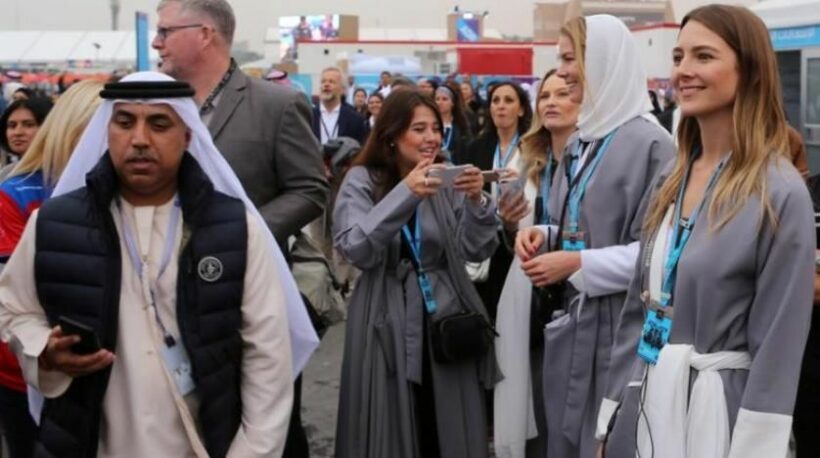 American and European passport holders, along with those from most Asian countries, can now apply for Saudi Arabian tourist visas either online or on arrival, provided they meet certain criteria.

Prior to this, the only foreigners allowed to visit Saudi Arabia were usually those travelling on business, resident workers and their family members, or Muslim pilgrims on pilgrimage to Mecca and Medina.

In an attempt to boost tourism and diversify the economy’s reliance on oil, the Kingdom has expanded the availability of tourist visas beyond what was initially 49 countries. Visitors from eligible countries no longer need to apply for a visa at an overseas Saudi embassy but can do so online or on arrival.

The multiple-entry visa costs approximately US$120, is valid for a year, and permits a stay of up to 3 months on each entry.

However, authorities in the Kingdom were quick to implement a public decency code following the visa announcement.

“Immodest dress and public displays of affection are banned, but foreign men and women may rent hotel rooms together without having to prove they are married.”

A strict ban on alcohol remains in place.

Last weekend the South Korean band BTS became the first foreigners to hold a solo concert in the Kingdom, allowing teenage and older woman to attend without a male escort and allowing them to dance and sing along (in Korean of course). The band, in turn, turned down some of their ‘ab flashing’ and physicality during their record-breaking “Love Yourself” stadium concert in Riyadh.

The septet were invited to perform in Saudi Arabia as part of the Kingdom’s attempts to become more open to foreigners and diversify their income away from oil production.