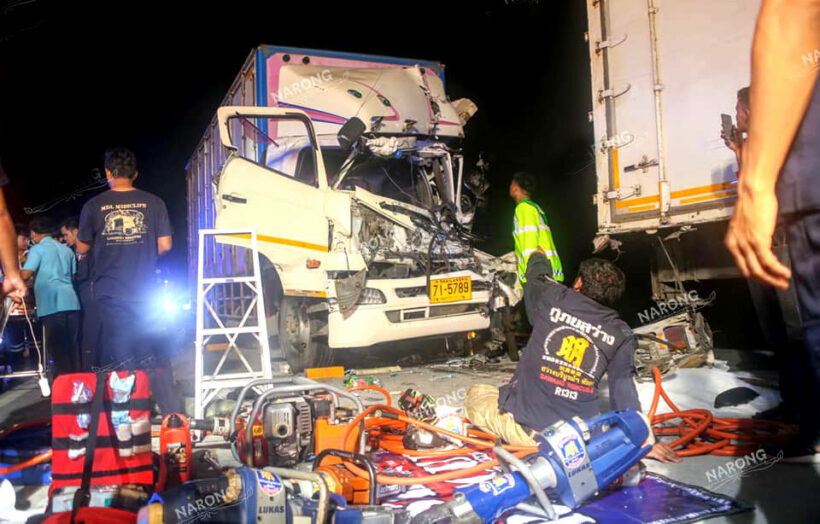 The driver of a ten-wheeler truck got more than he bargained for after stopping for a toilet break at the side of the road in Pattaya.

Pattaya Update News reports that 57 year old Jirawat parked his truck on the Krathing Rai-Rayong road at about 1.30am over the weekend. While he was away from his vehicle, attending to business, a six-wheeler truck ploughed into the back of his truck.

The driver of the six-wheeler, 42 year old Suthin, suffered head injuries, while his 45 year old wife passenger, Netchanok, sustained a leg injury. Both occupants of the truck had to be cut free by rescue workers before being rushed to hospital.

Meanwhile, Jirawat says the sound of the crash startled him, causing him to fall over and urinate on himself. Returning to his vehicle, he alerted the authorities. It’s unclear what, if any, action will be taken by police against either of the drivers.