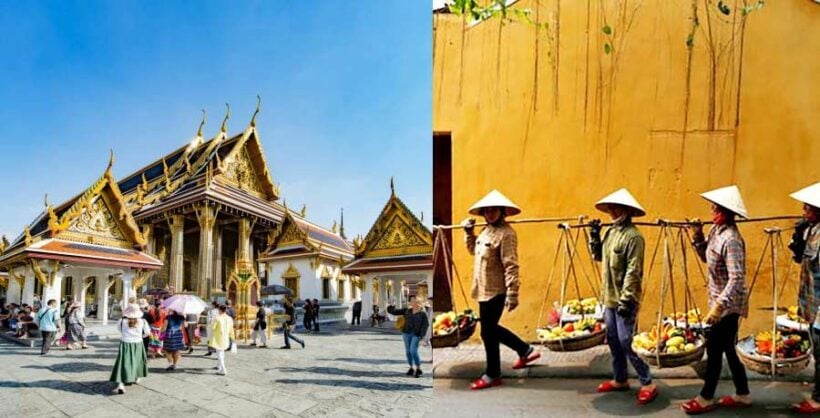 As nations slowly get their heads around the first outbreaks of Covid-19, the attention is now pivoting to re-opening businesses. And re-opening borders for tourism. But, at least for the short term, the future of tourism will probably be regional travel bubbles – loose agreements between neighbouring nations to allow (reasonably) free travel between two or three countries.

Staying isolated is not an option nations can afford long-term, and travel consultants predict it’s just a matter of time before other countries create travel bubbles of their own.

Australia and New Zealand have already committed to a travel bubble but it’s not expected to start for at least a few months. In Europe, Estonia, Latvia and Lithuania have announced their plans to open borders for citizens of the three countries to travel from May 15.

Locally, Thailand and Vietnam are in a perfect situation for creating a regional travel corridor between the SE Asian nations over the next few months. Both have dodged the worst impacts of Covid-19 and have been reporting single-digit new cases in recent weeks whilst pouncing on small, localised outbreaks.

“Bubbles will be volatile. If there’s a resurgence of cases in a country, the travel corridors will just close. It’s likely to be a long time before there’s widespread traveling beyond our regional bubbles.”

But although there is certainly some upsides for the limited amount of travellers between Thailand and Vietnam, nothing substantial will happen for the hard-hit tourism industries of either country until China re-opens and middle class start venturing out again.

Surveys show that Chinese tourists are keen to stick with what they know and not travel too far, says Bill Barnett, the MD of global hospitality consultancy C9 Hotelworks. That means Thailand, which attracts around 11 million Chinese tourists a year, could be one of the first to open up travel to China.

“We expected Bangkok to be the first mover in accepting international airlift as its airports are more robust with infrastructure for the new point-to-point protocols.”

“From our discussions with airline carriers, testing on arrival looks to be a possible first step, as longer term cross border travel certification processes will take time and coordination.”

Chinese tourists may be less interested in booking travel to places where there was anti-China sentiment during the outbreak, places like Australia and the US, according to Freya Higgins-Desbiolles, a senior tourism lecturer at the University of South Australia.

“I think tourism is going to be damaged by the geopolitical games or strategies that had been played out to take advantage of the crisis.”

In Thailand, where tourism makes up 18-20% of the country’s GDP, the Tourism Authority of Thailand expects visitor numbers could be down 65% this year. Their forecast is, as usual, wildly optimistic. For some of the country’s tourism magnets, like Pattaya and Phuket, that rely almost solely on tourist dollars, the impact on the local economies will be devastating in the short to medium term.

The Tourism Authority of Thailand Governor Yuthasak Supasorn says travelling within these regional bubbles, for the tourists and local residents, is almost a kind of quarantine.