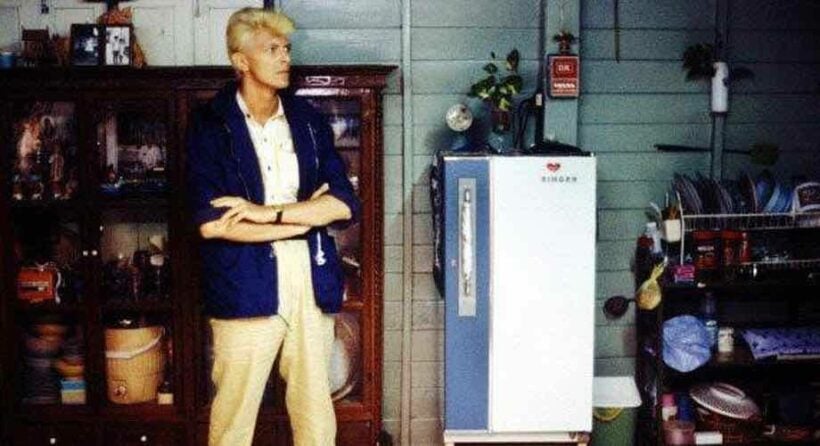 Let’s start from the very beginning, a very good place to start. Where did Bangkok’s Patpong get its name?

It actually goes back to a Chinese immigrant named Luang Patpongpanich. He purchased the land when it was just a banana plantation (I can hear the Benny Hill theme already). During World War II, so the story goes, Patpongpanich’s son and heir, Udom, studied in the US, where he joined a newly secretive “Office of Strategic Services” which eventually became the CIA.

All this comes to light in the new Patpong Museum which has just opened. More than just a saucy jaunt through the history of ping-pong shows, the museum tracks the area’s much more fascinating contribution to the Vietnam War, the CIA’s covert war in Indochina and it’s value as a ‘relief’ to US soldiers fighting the communists in the 60s and 70s.

How did it evolve from these agricultural and covert beginnings to become one of the world’s most famous red light districts, before a lot of the ‘red’ moved to Soi Cowboy and the Nana Plaza?

The museum’s curator, is Michael Messner. He says he founded the space to document the area’s rich history, beyond the bar girls and bawdy entertainment. He says he’s included a lot of details no one realised contributed to the thriving business and tourist zone.

King Prajadhipok, Rama VII, bestowed an honorary title to Poon Pat, whose family moved from China in the 1880s. He becomes Luang Patpongpanich in 1930. Luang started ‘Siam Cement in 1921, his son attended training by the Office of Strategic Services at Fort Benning in Georgia in 1945, then the Patpongpanich family bought a banana plantation on the outskirts of Bangkok in 1946 for US$3,000. In the 1950s the Patpongpanich family build shophouses in the area and name it ‘Patpong’.

During the 1950s, at the height of the ‘Reds under the beds scare’ freaking out the Americans, Patpong became a front for several CIA operatives, supplying arms for various anti-communist groups. All this, and the locations where a lot of these shenanigans happened, are detailed in the museum.

And it wasn’t just the Americans that flocked to Patpong. Michael Messner recalls how one of the earliest, and most popular bars, was opened by a former Japanese soldier.

“Mizu’s Kitchen was opened by a Japanese ex-soldier who was part of the occupational force but he liked it here in Patpong so much that he wanted to stay.”

He wasn’t the only one that liked it. It was during the middle of the 1960s that a lot of US troops, weary from their tours of duty, came to Patpong for some R&R. Demand started the supply and the are became known for a place of relief and relaxation. 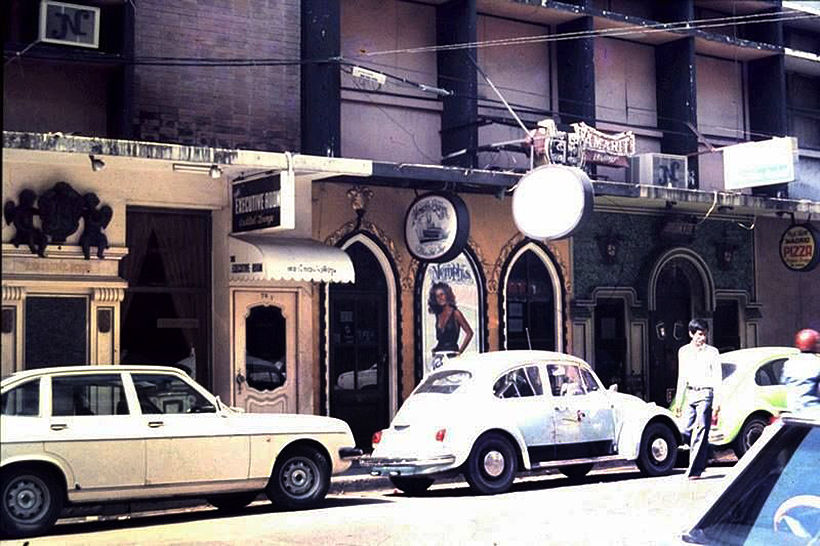 Other pioneering Patpong tenants during those years included the US Information Service library and “a CIA safe house” above the Madrid Bar where, in later years, retired CIA officials reportedly drank and met buddies. There’s plenty of sordid stories along the way, that all add to the colourful mythology of the famous area. But it wasn’t until the early 1970s that Patpong started attracting a wider tourist crowd.

And the rest, as they say, is history.

“But nobody really knows what Patpong is about. People associate it with a very narrow segment today, and it would be ‘Patpong ping-pong,’ something like this. And we’ll get to ping-pong, we’ll show that too, but there is so much more.”

The 300 metre museum covers just about every aspect of this fascinating corner of Bangkok, even the ping pong shows. A The silhouette of a woman has, between her thighs, an industrial-strength ping-pong training machine, which pumps out ping pong balls for museum visitors to catch.

Messner describes the exhibition as an interactive display.

“Here on Patpong, everybody wants to see the ping-pong show.”

The museum is a rich trip down a secret memory lane, revealing a lot about the Patpong area that few people know anything about.

Have a very quick timeline tour down Patpong’s history HERE.

But we’ve only scratched the surface. You really need to spend a few hours to open your eyes to a part of Bangkok’s history that reveal Patpong as a lot more than skin deep. And you might even get to catch a ping pong.

And David Bowie? He visited the area back in 1983, shot a video clip there, and ‘got lost’ for quite a while, so the story goes.

• Museum souvenirs are on sale, including ping pong balls 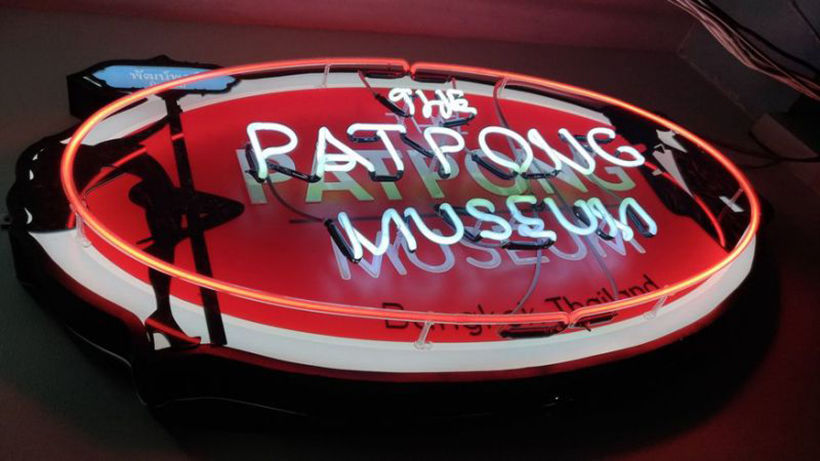