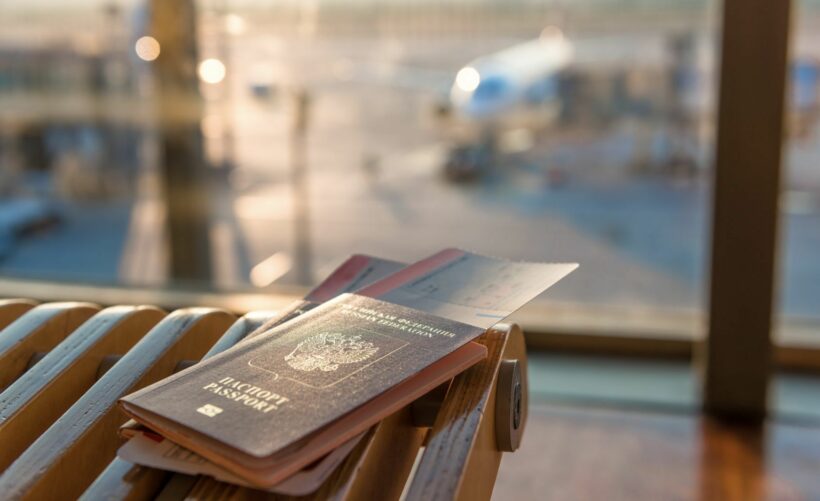 Another day, another ‘plan’ flown up the pole to see if it will catch some wind. This time a prominent health provider claims the government is developing a new ‘visa’ for sunseekers. If adopted it could allow foreigners to stay in Thailand on a long-stay visa for up to 9 months. Nothing has been finalised as yet but Boon Vanasin, the chairman of Thonburi Healthcare Group, says the special visa would help reboot the country’s devastated tourism industry.

Although Thailand has allowed domestic travel, and provided stimulus packages to encourage Thais to travel, there is currently no plan in place to allow foreign tourists back into the country.

In this development of the original “Phuket Plan”, long-term visitors would start their ‘holiday’ with the mandatory 14 day quarantine, plus testing, in Phuket. Then they’d be clear to roam around the island for their third week. After 3 weeks on the island the visitors would be free to travel to other parts of Thailand. Dr Boon says he has “direct knowledge of the government’s plan”. He said members of the government were keen to start the program before the northern winter kicks in.

Dr. Boon has good reason to hope the government plan is approved – around 90% of the Thonburi Healthcare Group’s customers before the Covid-19 border closures were international.

The ‘longer’ short-term visa would offer a partial lease of life to the country’s tourism and hospitality industries – both almost obliterated after 5 months without any foreign visitors. Thailand, which last year attracted nearly 40 million foreign visits, has attracted zero tourists since the borders were closed in early April. Tourist magnets like Phuket, Pattaya and Koh Samui have watched their economies almost vanish despite the government’s best efforts to promote domestic tourism.

The new plan being studied in Thailand would, in theory, make it possible for millions of ‘snowbirds’ from Europe’s northern climates, who usually spend their winters in warmer Mediterranean and Caribbean climates, to look at “safe” Thailand as an alternative this year.

Dr. Boon claimed his company had been contacted by European retirement communities that could realise up to 50,000 seniors heading to Thailand for the coming northern winter. He says the government should target the retirees and high-income earners who could value-add during the visit to the country.

“Many seniors don’t want to spend their time in a cold harsh winter. They want tropical weather.”

Thai Airways International said it would operate at least two such flights a month starting in late November to connect Phuket with countries including Denmark, Germany and the UK.

But it’s unclear if the government either intends to allow so many foreigners into Thailand at this stage, or even if they have the capacity to handle the numbers safely and ensure that registered hotels are able to track the guests. The week the CCSA announced they were considering plans to lift the border gate to allow long-stay visitors and foreigners who own property in Thailand. But they acknowledged that this would only be “hundreds” of people and not solve the country’s tourism woes.

More than 6.7 million Europeans visited Thailand in 2019 , contributing some 461 billion baht to the economy. The European contingent made up 17% of Thailand’s total foreign visits and 24% of foreign spending. The expedition to places like Phuket and Koh Samui became a regular ‘winter’ break lasting 2 weeks to several months for the Northern European visitors. 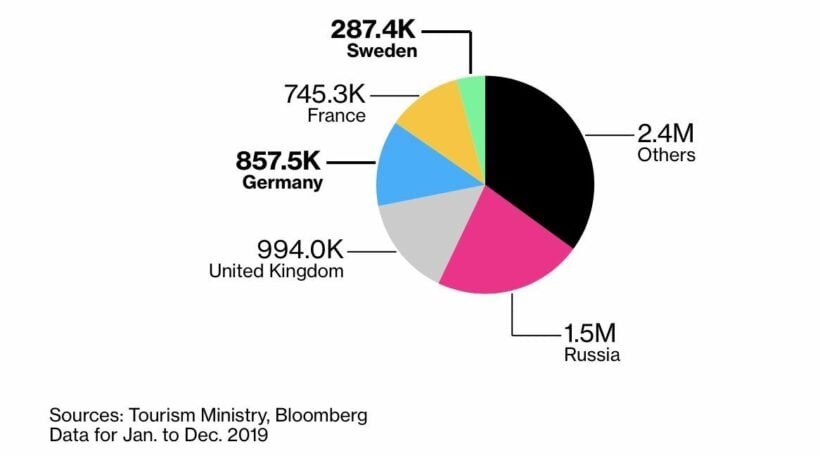 The Thai PM has acknowledged the parlous situation for the country’s tourism destinations and the millions of people that are not only unemployed but now running out of savings as well. Whilst there appears to be some urgency to officially announce some sort of pilot scheme, no firm details have been announced about any of these travel bubble or limited-access plans.

HERE‘s all the latest FAQs about coming back into Thailand.