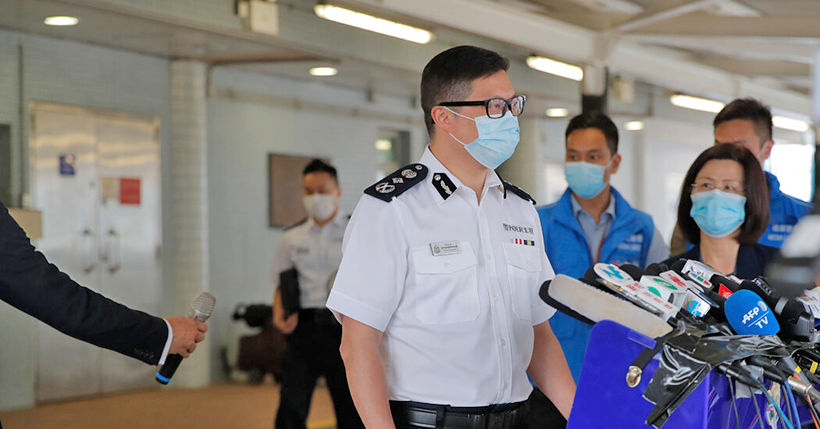 Chinese authorities have captured and arrested around a dozen Hong Kong activists from Hong Kong who were attempting to leave the former British colony by speedboat. The incident shows the intensification of Beijing’s campaign to seek out protest leaders and those resisting the Communist Party’s tightening grip there. The arrests, made last. Sunday, are the first confirmed case of such activists being caught by Chinese authorities at sea.

At least 1 of the people onboard was an activist being investigated under the city’s new national security law, according to a source familiar with the incident. A second source said the group was trying to flee to Taiwan. Over the past year, more than 200 Hong Kong protesters and activists have sought refuge there.

The efforts to flee Hong Kong highlight the anxiety among activists as the Communist Party tightens its grip over the previously semiautonomous territory. Beijing imposed a sweeping security law on June 30 that punishes political crimes such as subversion with potentially lenghty prison sentences.

China’s Coast Guard confirmed Wednesday that it stopped a speedboat about 45 nautical miles southeast of Hong Kong Island on August 24. Officers detained “more than 10 people” suspected of illegally crossing the border, it said on its official social media page, without providing further details.

Among the people captured is Andy Li, a Hong Kong activist who helped organise a group of independent poll monitors from overseas for local elections last year. He had also travelled to Geneva and the United States to promote Hong Kong’s democracy movement.

Li was arrested in Hong Kong on August 10 as part of a broad police sweep that included Jimmy Lai, the prominent founder of the pro-democracy newspaper Apple Daily. Li was later released on bail.

It was not immediately clear if Li and the others detained will face immigration charges in Guangdong province or be directly deported to Hong Kong.

The activists’ attempts to flee the city have, for many, evoked the memory of efforts to spirit dissidents out of China after the military’s deadly crackdown on protesters around Beijiing’s Tiananmen Square in in 1989. During the 1911 National Revolution and 1949’s Communist Revolution, as well as tumultuous earlier periods in China’s history, refugees escaped into Hong Kong through similarly dangerous routes.