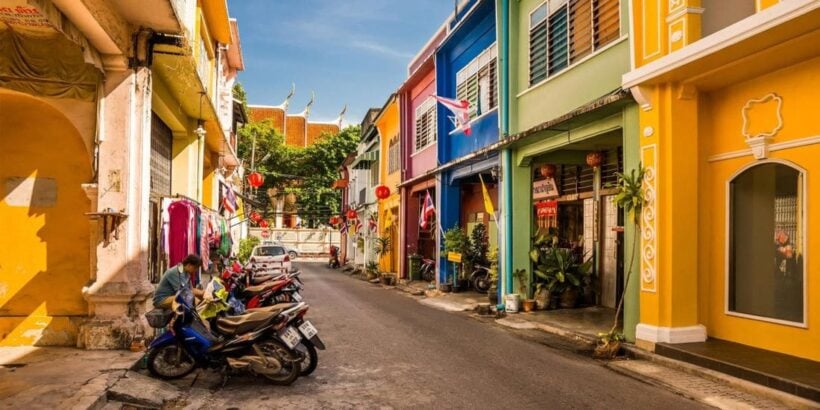 A UNESCO City of Gastronomy, Phuket Town is a real foodie town. Among their amazing arrays of local delicacies is a variety of tea snacks, many of which are the integral part of their daily life. The delicate and cute and delicious Pang Pia is among the oldest recipes.

Phuket Town has gone through several transformations. Once a sleepy coastal town, barely even a ‘hub’, the town became an important trading centre for the Chinese and Portuguese at different times of its evolution. For the Chinese, Phuket Town provided a safe port, away from the monsoonal west coast weather, for traders making their way from the west to China and back again. Later, when the Portuguese came to tap into the rich tin reefs on the island, Phuket Town became an important financial hub for the region.

The Portuguese also transformed the look of the town with the Sino-Portuguese shop houses – their take on a Euro-Oriental building. You can see similar architecture along the Malay coast, in places like Georgetown, Malacca, southern Thai coastal towns and all the way down the Malay Peninsula to Singapore. The same quirky architecture can also be found in places like Macau and Hainan in China.

There were times, as recently as 20 years ago, when the tatty old Sino-Portuguese shop houses were cheap – nobody wanted them. Now they’ve been renovated and have become fashionable again with some colour and refits, new shops, cafes and art galleries breathing new life into the look and vibe of Old Phuket Town. It’s now a must-visit part of any Phuket travel itinerary.

This documentary from ThaiPBS recognises some unique local flavours in the eastern-Phuket capital.

Visa run to Penang – a personal experience in Thailand (2019)