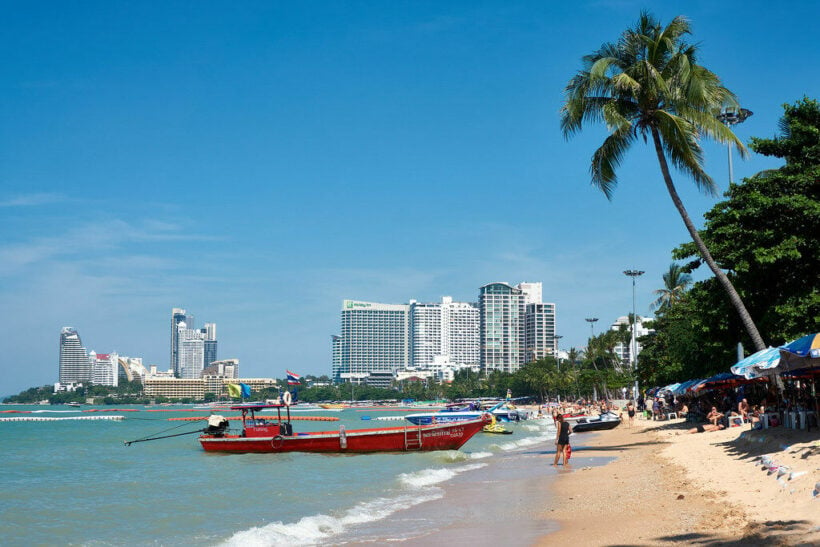 PHOTO: Pattaya is hoping to reopen in October, but faces hurdles. (via Flickr)

Pattaya has been working on its reopening plan, aiming to bring back international tourism in the fourth quarter of 2021. Officials have launched the “Pattaya, Move on” scheme which aims to open back up the popular tourist city in October, but the Public Health Ministry disagrees with their plan so far.

The goal is to reopen Pattaya without the need for any sort of quarantine for all international tourists that are fully vaccinated. It would allow these tourists to sidestep the current 14-day quarantine, and enjoy Pattaya freely. They would be limited to staying within the confines of the Bang Lamung and Sattahip district for the first week after they arrived.

In order for this reopening to occur, officials plan on having more than two-thirds of the Pattaya population, especially hospitality workers, fully vaccinated. That plan would require nearly a million vaccines in order to fully vaccinate at least 450,000 residents of the city.

The plan is being met with some pushback from the Public Health Ministry who fears that Pattaya is not in the same situation as Phuket, the island province that is geographically better positioned for a Sandbox reopening. Unlike Phuket, with restricted access to entering and exiting the island, Pattaya is a coastal city with many traffic arteries flowing much more freely in and out of the city. Regulating and restricting movement for incoming international tourists would present a logistical challenge.

The acting president of the Chon Buri Tourism Council said that, despite these roadblocks, Pattaya is adamant about moving forward and taking steps towards eventually reopening fully. They have planned to implement sealed route restrictions during August and September to create a sort of dry run that, if successful, will pave the way to the full international reopening that they hope to achieve in October.

If this soft reopening of Pattaya is implemented as proposed, arriving international tourists would be required to quarantine for between 3 and 5 days in their hotels, regardless of whether or not they are fully vaccinated. After the quarantine, travellers would only be allowed to explore locations that have been pre-approved and meet the hygienic standards of the Safety & Health Administration.

Michael
If I come in mid October for a month, under the Pattaya Move On scheme, will I be able to golf?

King Cotton
@Michael Hi, Michael and welcome to T-T! Regarding your October Pattaya query I have to confess that with these various access plans, e.g. the Phuket 'sandbox', the smaller islands and now, Pattaya, changing virtually by the day, I cannot give…