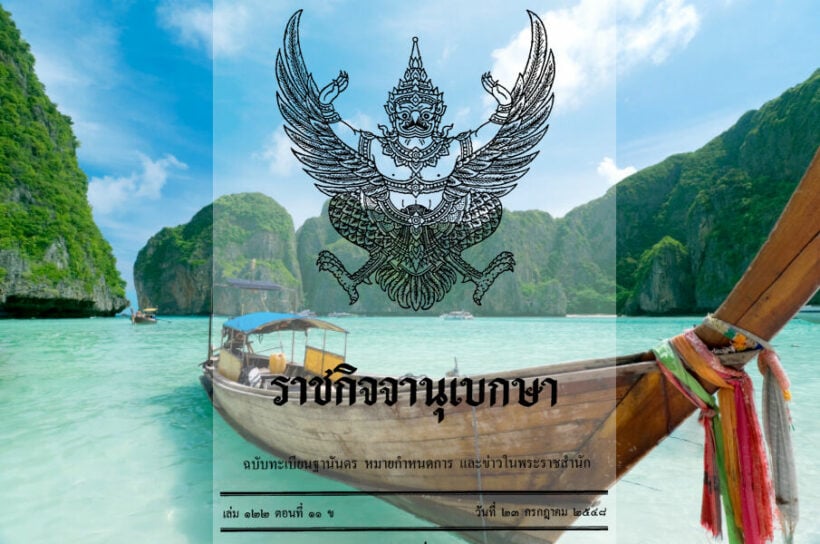 By now we’ve all read (and re-read and re-read) the general rules of the Phuket Sandbox reopening tomorrow. If you haven’t, one of our numerous previous stories has the full text in English released by Phuket’s governor. But with the Royal Gazette finally publishing the reopening, making it legal and 100% approved just 1 day before the opening, a few details and tidbits were made more clear.

An important grey area lacking clarity is that plans stated children under 6 can travel with vaccinated guardians, but what about kids between 6 and 18 who may not be eligible for vaccination? The new details released today gives some good news that they will be allowed to travel with a Covid-19 test within 72 hours and a medical certificate.

The other largely unaddressed question (aside from the debate over unmarried room sharing) is what happens if someone tests positive for Covid-19. Finally, a procedure and details were described in the Gazette, stating that a positive test would trigger hotel staff to arrange for the traveller to be picked up by a contracted hospital where the lucky winner gets a no-expense-paid trip to a medical facility where they will receive further examination and treatment as necessary.

All costs of treatment would be 100% paid by the traveller and the money paid for hotel accommodation would be settled between the hotel and the traveller at their discretion.

The Royal Gazette announcement was made late last night, posted in Thai along with a letter from PM Prayut Chan-o-cha. Phuket’s governor held a live broadcast this morning announcing the Sandbox reopening being made official. The Gazette announcements provided other details as well. We’ve known every international traveller needs to be vaccinated, tested, insured, and coming from a low- to medium-risk country, which is 66 countries on the current list. We also know they must download 2 tracking apps and register for a Certificate of Entry before being allowed to travel.

This morning the Phuket Ministry of Interior announced through the Phuket Official Covid-19 Information Centre that 300 COEs had been issued, and by this afternoon reports of 5000 applications and 500 approvals began circulating. But there’s more pre-booking that needs to be done before arrival.

All travellers must register through the official website at EntryThailand.go.th/journey/1 before travelling. New information indicates that anyone not staying the full 14 days and then travelling onward would need to show proof of a pre-booked exit flight out of Thailand before being allowed to travel.

We had known that an SHA Plus certified hotel must be booked in advance, but further clarification now states that proof of payment for a minimum of 14 days in an SHA+ hotel is required, though travellers can change hotels up to 2 times, only during the second week after arrival.

In addition to the prepaid accommodation, the RT-PCR tests required in the Phuket Sandbox scheme must be prepaid as well, with reports that tests are 2,800 baht each, so a total of about 8,400 baht paid in advance. The tests will be given at hotels or local medical facilities.

Perhaps wising up to the plans of returning expats to book an SHA Plus hotel but return to their homes and actually stay there, the Gazette publications indicated that while travellers may wander Phuket freely, they will be recorded daily by a hotel staff member dedicated an SHA+ manager confirming that they returned and slept in their hotel each night.

And to avoid any tomfoolery, transportation from the airport to the SHA Plus approved hotels will be handled by pre-arranged vehicles that will not be allowed to make any stops along the way, so make sure you remembered to pack your toothbrush!

Another nitpicky detail that may come up for some people: The official rules have specified whether “Day 1” of your 2-week pleasure-quarantine is your arrival date or your first full day. The rules state that arrivals before 6 pm will be considered Day 1, while those arriving after 6 pm will start Day 1 the following day.

Finally, after the 14 days, when you are Covid-19 free and ready to move on and see the rest of Thailand, how exactly does the exit work? You’ll need to show proof of your 2-week stay and negative Covid-19 tests at exit points. Documents will be examined by officials at the airport of the Phuket Check Point at the bridge to the mainland, but if you’re leaving by boat? Well, authorities still have 2 weeks to figure that out, as Phuket’s governor commented that the seaports are not ready for departure checks just yet.

King Cotton
9 hours ago, Fabio said: I am very surprised they won't charged for oxygen consumption when you are outside hotel during litterbox. The trst should be included in the already outrageous SHA+ hotel prices.I I understand that this program fits for…

King Cotton
9 hours ago, Gigi said: I still do not understand, all these tourists where they can find the desire to go with all the rules that must be followed not to mention the risks to which you are exposed !!!…

AussieBob
7 hours ago, Ukcarer said: Where do we purchase the covid tests that we need to do in Thailand. Do we pay the hotel upfront for these tests or what? You pay the hotel up front - they organise. I…
Brownie
10 hours ago, BIGGLES said: I have just checked the arrival board for 1st July arrivals, at Phuket International Airport. I used Flight Radar 24. The first three flights of the day are all from India! I understand that travel…

AussieBob
3 minutes ago, Brownie said: Thankfully, yes, we cannot travel from India to Thailand as of now (all the direct flights from India to Phuket were suspended quite a while back). Else I would have also been  part of the…

Small businesses fear Phuket Sandbox will leave them behind