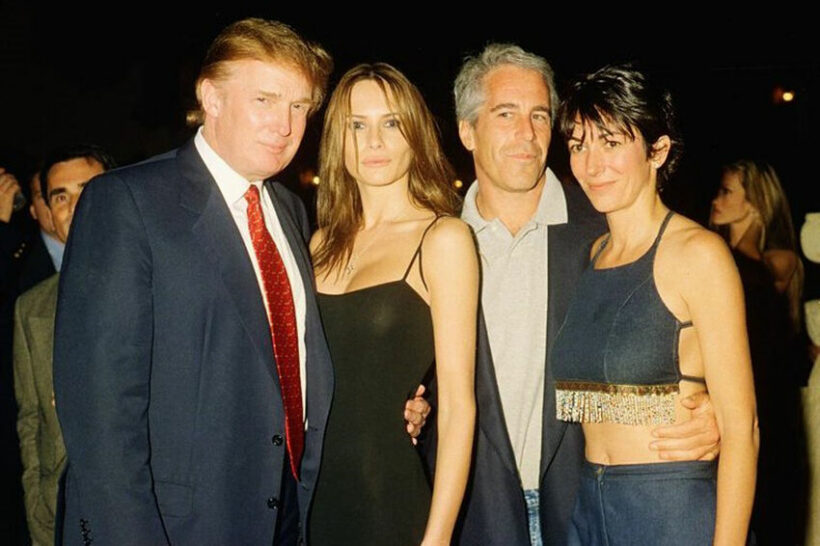 A pilot who worked for Jeffrey Epstein says he recalls flying Prince Andrew, Bill Clinton, and Donald Trump on the late financier’s private planes. Lawrence Visoski, who worked for Epstein for 30 years, claims he also flew Kevin Spacey. He says he would be told in advance when there would be VIP passengers, so he could ensure the plane “looked nice”.

According to an AFP report, Visoski is giving evidence at the trial of Epstein’s former girlfriend Ghislaine Maxwell, who is accused of procuring underage girls for him to sexually exploit. She has pleaded not guilty to 6 counts of enticing and transporting minors for sex. If found guilty, she could spend the rest of her life behind bars.

4 women who claim they were abused by Epstein after being lured by Maxwell are testifying against the British heiress, daughter of the late newspaper tycoon Robert Maxwell. Prosecutors accuse her of enabling and participating in the abuse of the 4 women, after targeting and befriending them. She is accused of enticing them with shopping and movie trips, before they were subsequently abused by Epstein.

According to the AFP report, Visoski was asked about a key witness who is testifying against Maxwell and only known as “Jane”. Prosecutors say she was underage at the time she had contact with Epstein, but Visoski says he remembers her as older. The pilot has described Jane as a, “mature woman, with piercing powder-blue eyes.”

The pilot goes on to say the cockpit door always remained closed in-flight and he never witnessed any sexual activity on the planes. He says he did see who was boarding but couldn’t recall ever seeing anyone underage, apart from some girls who were accompanied by their families.

Meanwhile, defence lawyer Bobbi Sternheim says her client is a target who is being blamed for Epstein’s crimes. The trial is expected to continue for at least 6 weeks.

Dedinbed
5 hours ago, Thaiger said: pilot who worked for Jeffrey Epstein says he recalls flying Prince Andrew, Bill Clinton, and Donald Trump on the late financier’s private planes. Just about be a royal flush if Jimmy Saville were in there…

Lowseasonlover
31 minutes ago, Dedinbed said: Just about be a royal flush if Jimmy Saville were in there as well .. He was more into dead bodies

Dedinbed
3 minutes ago, Lowseasonlover said: He was more into dead bodies Upto to his necrophiliac in it then ..
Jason
Gee....that was unexpected!
WR2
The story of Trump onboard was debunked long ago. FAA flight plans have no record of Trump on board, which would be a requirement. Pilot is looking for his 15m of Fame. Nice journalism work in vetting obvious fake news.