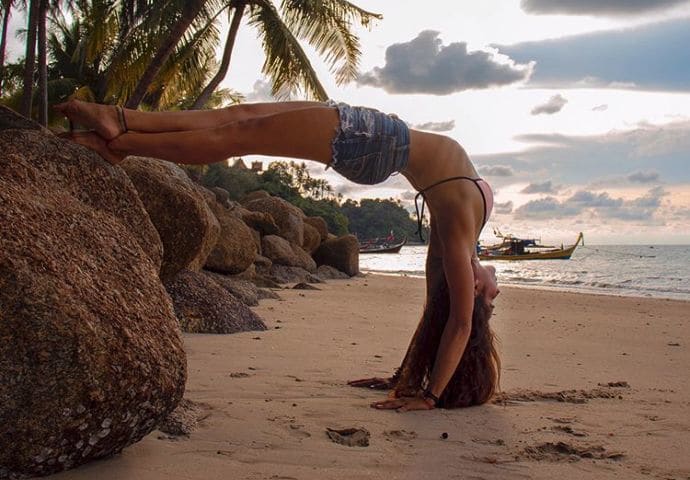 New outrage alert. Doing yoga poses on famous or sacred sites around Thailand will get you into trouble with the authorities.

Tourist Police say they’ve caught up with a foreign woman who shared photos on her Instagram account performing yoga exercises at sacred and historic sites around Thailand. 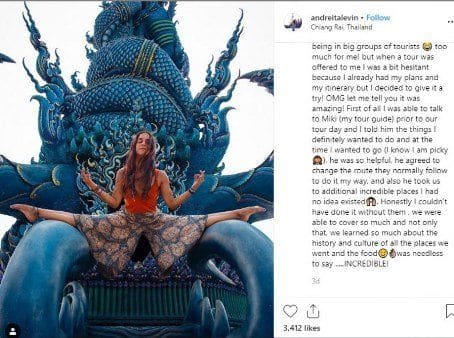 “A Mexican yoga teacher from Canada is being criticised for photos she posted on Instagram showing her going through yoga exercises in sacred places in Thailand, including in the Emerald Buddha Temple.”

On Wednesday, officers from Chiang Rai Tourist Police spoke to Andreita Levin after they received complaints from people who said the photos were inappropriate.

Mexican born Levin, has posted photos at sites around the country including Prasat Pra Thepbidorn, Rong Sue Ten temple in Chiang Rai, Sukhothai Historical Park and at the Emerald Buddha in Bangkok.

Tourist police say that Ms Levin will not be charged over the photos but has agreed to remove them after requests she delete them from her Instagram page. Ms Levin confirmed that she intends to stay in Thailand and continue her holiday.

She’s promised officials that she won’t take any more photos posing yoga poses at sacred sites in the country. Some of her favourite poses include the ‘lotus sunrise’ pose, the ‘golden apple goddess’ pose and the famous ‘Thai faux outrage’ pose. 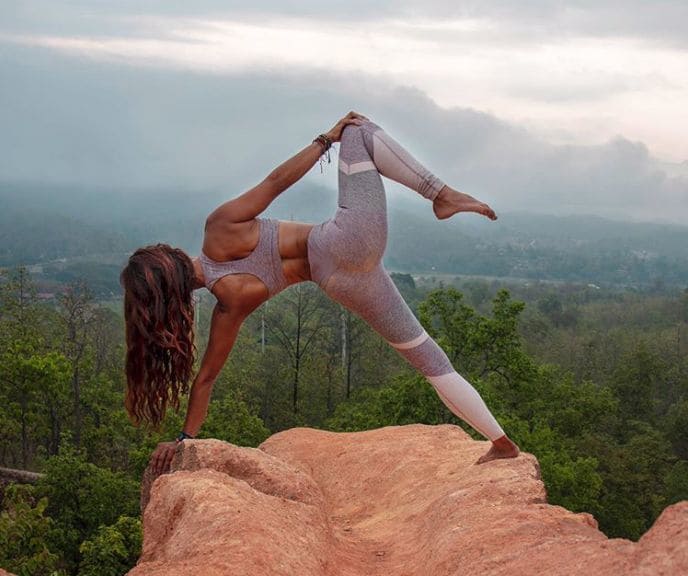 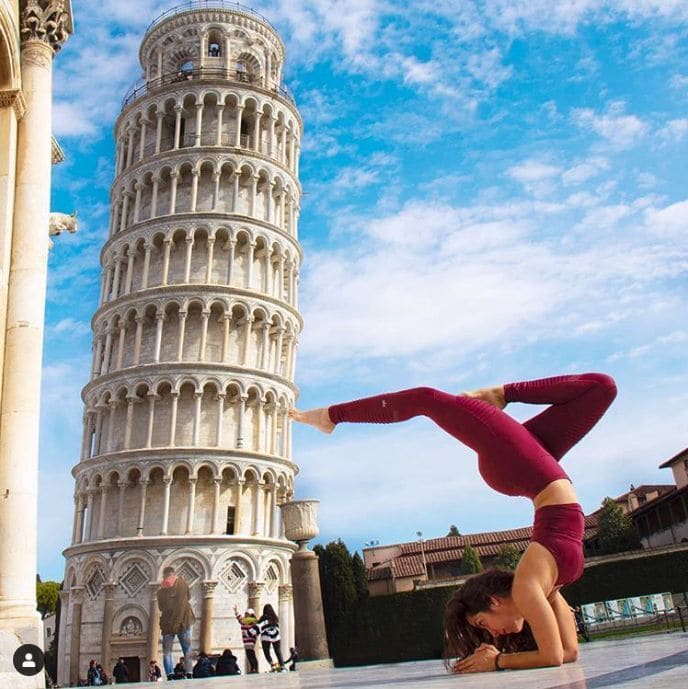