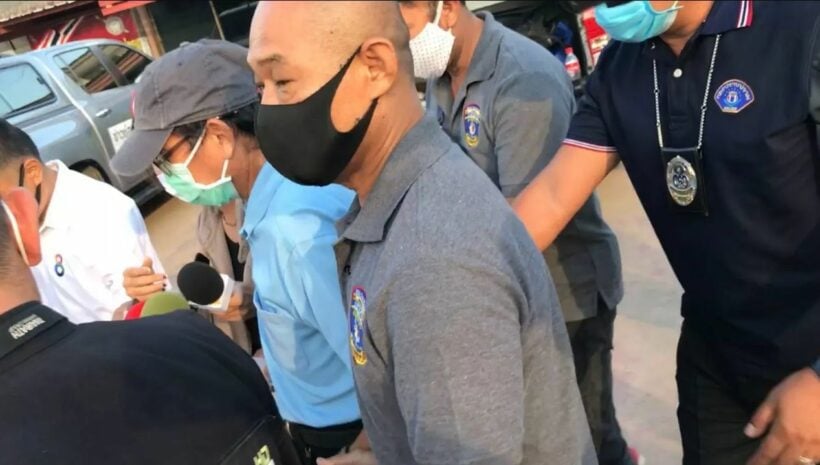 Yesterday at 3 pm the director of Ban Hua Na Lao school in the Phetchabun province (central Thailand), 59 year old Narongwit Phakham turned himself in to Ban Tiew Police after being accused of molesting a student at his school.

Following up on a video clip of the school director allegedly molesting the schoolgirl in his school office, police officials requested an arrest warrant from the Phetchabun Provincial Court.

Narongwit refused to answer any questions from the media and says he would only give details in the court. 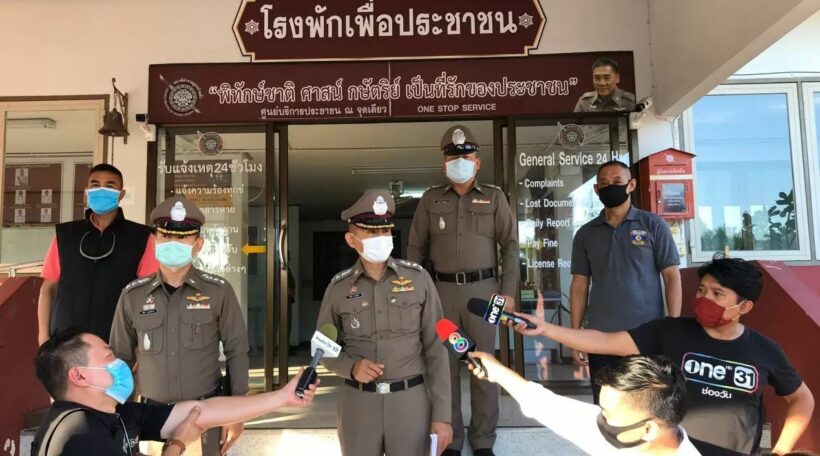 Deputy Chief Police of Petchabum Colonel Chaiyach Chaemachan reveals that the man was charged in court with indecent assault of a minor aged under 13 years of age. The crime is punishable to a maximum of 15 years in jail or 500,000 baht fine, or both.

The girl’s parents have already given their statements to police. They revealed that the girl was 12 years old at the time the video was recorded last year. She was in her Prathom 6 or last year of primary school.