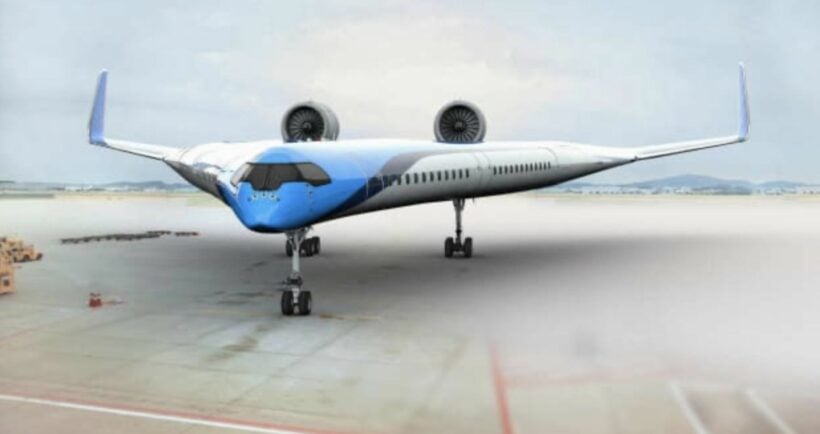 Since the first Boeing 707 (Dash 80) had its test flight in 1955, and earlier the UK’s De Havilland Comet in 1949, not much has changed in the way of passenger jet configuration – long, thin fuselage, wings, jet engines hanging underneath, with a big tail and rudder.

Since then it’s been a gradual evolution of the same theme (we’ve left out the entire Concorde era for now), with engines becoming lighter, larger and more powerful, and components increasingly light and composite. But, from the outside, same same (the service inside certainly hasn’t improved).

But now, out of left-field, researchers have conducted a successful maiden flight of the Flying-V, a new and fuel efficient passenger plane concept, that may one day carry us aloft inside its wings.

The project was announced last year in a partnership with Dutch carrier KLM. After a period of extensive wind tunnel testing and a series of ground tests in the Netherlands, it was time to perform the first flight and obtain an impression of the flight characteristics of the V-shaped jet.

The Flying-V design puts us all, along with the cargo and the fuel tanks, in the actual wings. It’s been estimated that the plane’s radical aerodynamic shape would cut fuel consumption by 20% compared to today’s leading edge economic versions, like the Airbus A350 and Boeing 787 Dreamliner series of passenger aircraft.

Last week a 3 metre scale model took to the skies in a successful test of the concept. It flew and at least proved the concept, although it was just the very start of what would be a long, long process to get an actual full size version into the sky, tested, approved and then, (the hard part) sold to airlines.

The Flying V has been developed by researchers at Delft University of Technology in the Netherlands working with airline KLM. The Dutch carrier has agreed to fund development of the new V-shaped aircraft. A team of researchers and engineers tested the aircraft at a guarded airbase in Germany, where they worked Airbus engineers to test takeoffs, flight characteristics, approaches, and landing.

Roelof Vos, assistant professor at the aerospace engineering faculty of Delft’s University of Technology, says their biggest worry was the actual ‘rotation’ or moment the aircraft takes off.

“One of our worries was that the aircraft might have some difficulty lifting-off, since previous calculations had shown that ‘rotation’ could be an issue. The team optimised the scaled flight model to prevent the issue but the proof of the pudding is in the eating. You need to fly to know for sure.

Remotely controlling the aircraft, researchers managed take off at a speed of 80 kmh, while the aircraft’s flight speeds, angles and thrust were as planned.

They also noted, in the very first real-life test with the scale model, that the current design allows for too much “Dutch roll” which can cause a rough landing. The team say they will now conduct more tests on the model, and hope to provide the Flying-V with sustainable propulsion. They say the design lends itself to carrying liquid hydrogen instead of ‘av gas’ kerosene.

So take a seat, stow your tray table and come on the first test flight of the Flying-V concept aircraft. 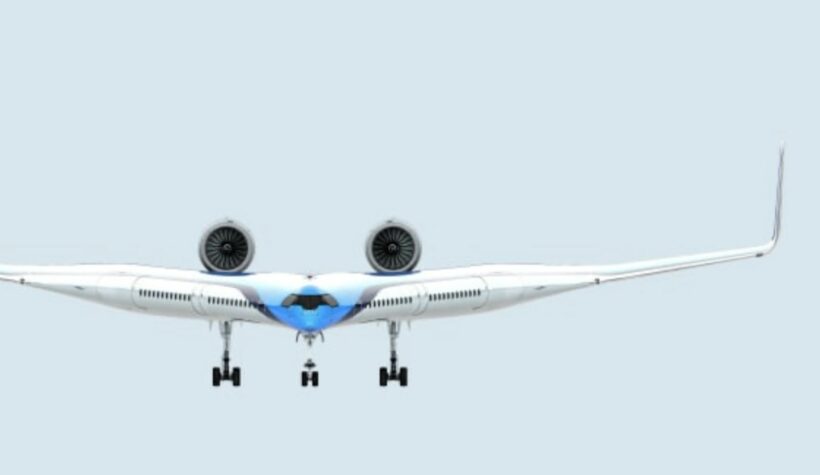