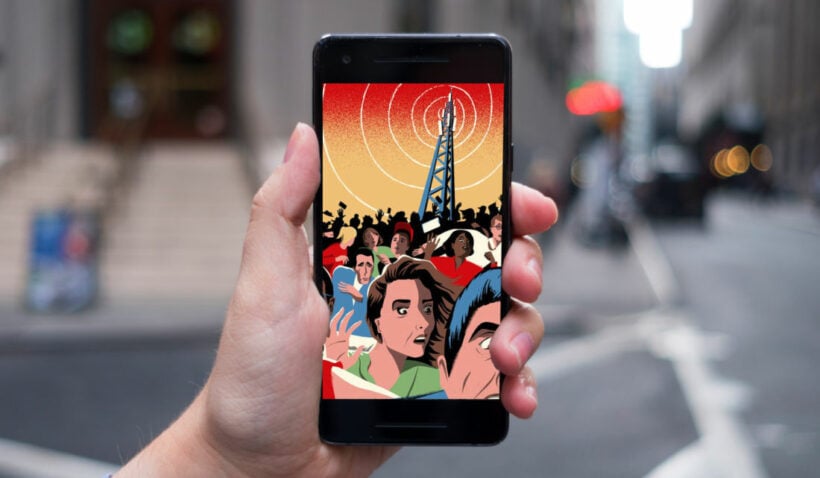 5G, the next generation of mobile phone technology is coming, within months here in Thailand. It will continue to roll out over the next few years, replacing the earlier 4G technology.

Along with any new technology there’s also valid concerns about potential health risk of this new, more powerful network. There’s also been a lot of misinformation and scare-mongering. So is there a looming 5G health apocalypse?

The key concerns, or claims, about 5G is that it’s a dangerous escalation of traditional mobile technology, higher energy radiation that delivers potentially damaging effects on humans. Some 5G decriers contend that the new network generates radiation that can damage DNA, lead to cancer, cause oxidative damage, premature ageing; disrupt cell metabolism and hosts of other diseases. There are articles citing research studies and even opinions by the World Health Organisation.

But first, some science.

5G is the industry standard that will supersede the current widespread 4G LTE standard, just as 4G took over from 3G. 5G just stands for the “fifth generation” in mobile cellular technology.

This standard is designed to be much faster than current 4G and 4GLTE technology. Simply, it will allow faster wireless internet everywhere for everything, as long as you’re in signal range of course.

The speed, and it’s a LOT faster, will allow virtual realtime connection, even faster that human reflexes, to provide more accurate and real experiences. For the new world of auto-drive cars, remote surgery, even gaming and other internet-of-things products and services, 5G will take the online world to the next level. Words like ‘latency’ will vanish as there simply won’y be delays.

Concerns about 5G are just the latest evolution of decades of headlines about the dangers of electromagnetic radiation. We’ve seen controversies about everything from the health risks of Wi-Fi, smart metres, fluorescent tubes, overhead electric wires, even our mobile phones we use all day. So far there has been no conclusive studies about any of these causing reliable, repeatable, measurable or sustainable health concerns.

But the concerns persist, swirling around the internet and sparking off renewed concerns every few years.

Electromagnetic hypersensitivity, for example, is a hypothetical disease in which certain people experience debilitating symptoms in the presence of radiation like mobile phones and Wi-Fi.

But despite thousands of people claiming these sorts of sensitivities for at least 30 years, extensive scientific studies have shown that people claiming to be afflicted with this ‘disease’, when blind-folded, are unable to tell or ‘feel’ when they’re in the presence of an electromagnetic field. The World Health Organisation now recommends psychological evaluation for people who continue with these alleged symptoms.

Beyond that, decades of studies have found no link between mobile phones, wi-fi and cancers, including brain tumours from holding your mobile phone to your ears when calling people. 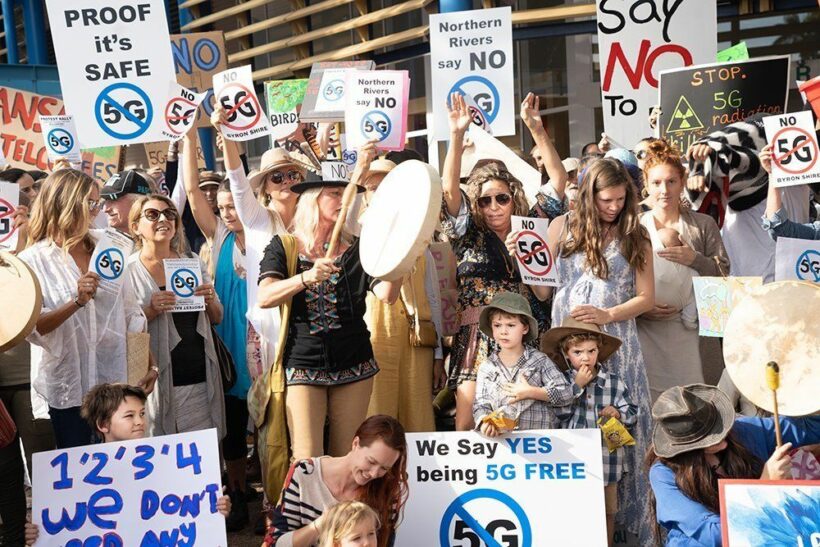 At the root of all concerns about cell phone networks is radiofrequency radiation. RF could be anything from microwaves to x-rays to radio waves to light from your screen or light from the sun. Even when you turn on a light at home. It’s all electromagnetic radiation.

We walk through a sea of RF, all day, everyday, it’s impossible to escape – from the sunlight, to the power sources around our house, to the TV screens, to the electric kettles, microwave ovens and electric cookers in the kitchen.

Ultraviolet light, visible light, infrared light, and everything with a lower frequency – radio waves, power lines, FM radio, Wi-Fi and our mobile cellular services – these are all considered non-ionising radiation.

Frequencies above UV, like x-rays and gamma rays, are ionising.

The assistant professor of neurology at Yale and the editor of Science-Based Medicine, Dr. Steve Novella, says there’s been decades of misunderstanding about the ill-effects of lower frequency radiation.

“Using the term radiation is misleading because people think of nuclear weapons – they think of ionising radiation that absolutely can cause damage. It can kill cells. It can cause DNA mutations.”

“Most concern about mobile phone RF radiation is misplaced. There’s no known mechanism for most forms of non-ionszing radiation to have any biological effect.”

It’s not a tumour!

But researchers continue to conduct studies. A recent study was released by the National Toxicology Program, an agency run by the US Department of Health and Human Services. In this widely quoted study about cell phone radio frequency radiation, “scientists found that high exposure to 3G RF led to some cases of cancerous heart tumours, brain tumours, and tumours in the adrenal glands of male rats.”

But as RealClearScience points out in their response to the study, “the number of tumours detected were so small that they statistically could have occurred by chance (which may be more likely since they were only detected in male subjects).”

“The level and duration of the RFR exposure were well in excess of what any actual human would ever be exposed to, and in fact, the irradiated test rats lived longer than the unexposed control rats.”

“Experienced researchers look at a study like that and say that doesn’t really tell us anything.” 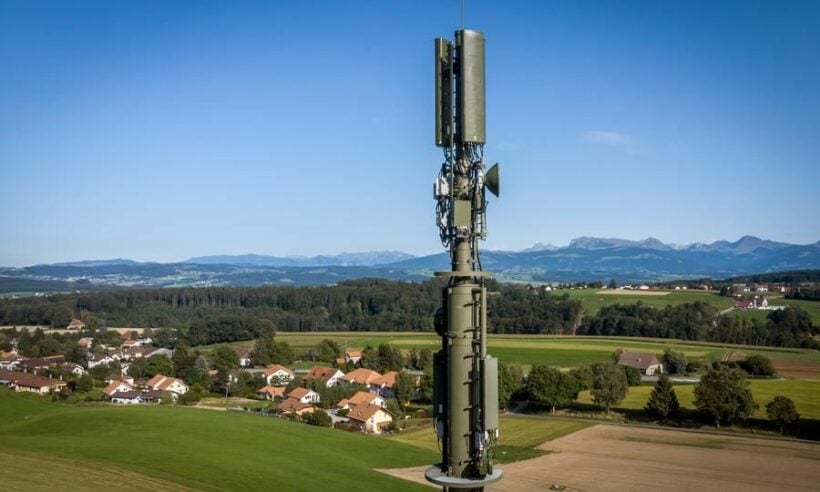 A common complaint about 5G is that, due to the lower power of 5G transmitters, there will be more of them around our towns and cities. The Environmental Health Trust contends that “5G will require the buildout of literally hundreds of thousands of new wireless antennas in neighbourhoods, cities, and towns. A cellular small cell or another transmitter will be placed every two to ten homes according to estimates.”

Despite the estimate being exaggerated, the contention is reasonable.

But skeptics caution you shouldn’t conflate asking the question with merely asserting that there’s a risk. The reality is that the power and frequency of the radiation is still less than light outside or even inside your office or home. You go out in the sun, and you’re bathed in electromagnetic radiation that’s far greater than these 5G cellular towers and transmitters.

The US FCC, responsible for licensing the spectrum for public use, says that 5G equipment, the signals from commercial wireless transmitters are typically far below the RF exposure limits at any location that is accessible to the public.

The FCC defers to the FDA concluding that the weight of scientific evidence has not linked mobile phones with any health problems.