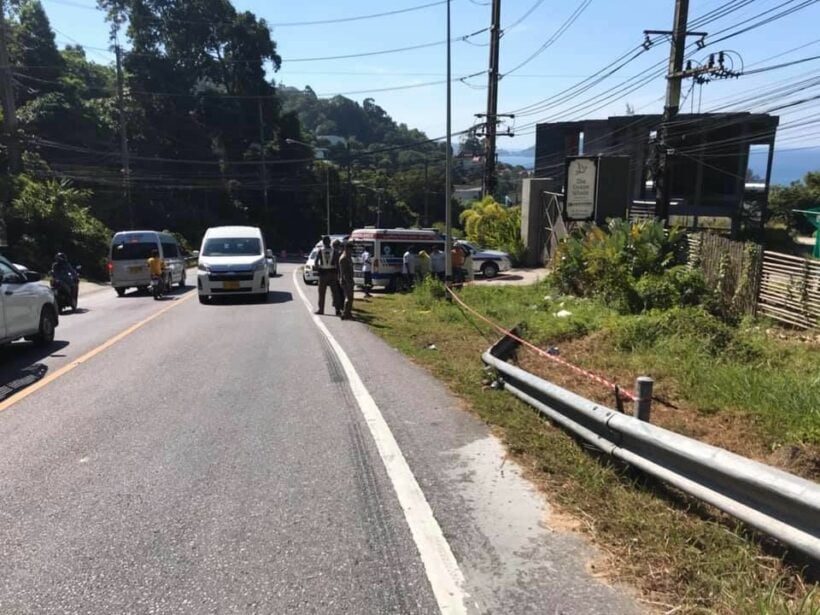 On December 23, Kamala police received a report about a motorcycle accident on the Patong – Kamala cliff-road (Kuan Yak Curve), in front of the Ocean Wind Hotel. The man’s body was found lying in grass, besides his motorbike at 9:50am.

At the scene, police found the body of 35 year old Karim Elmir, a tourist from Paris, France, with a black Yamaha motorcycle that was laying on the side of the road along with some pieces of the motorcycle and his belongings – a mobile phone and glasses. He was wearing a blue and green top with shorts and had sustained wounds on the front of his head and on his right leg.

Meanwhile, Kamala police believe that the man had fallen down besides the road after losing control of his Yamaha 155cc motorcycle. Police contacted the French consulate to contact the man’s relatives and inform them about the incident.