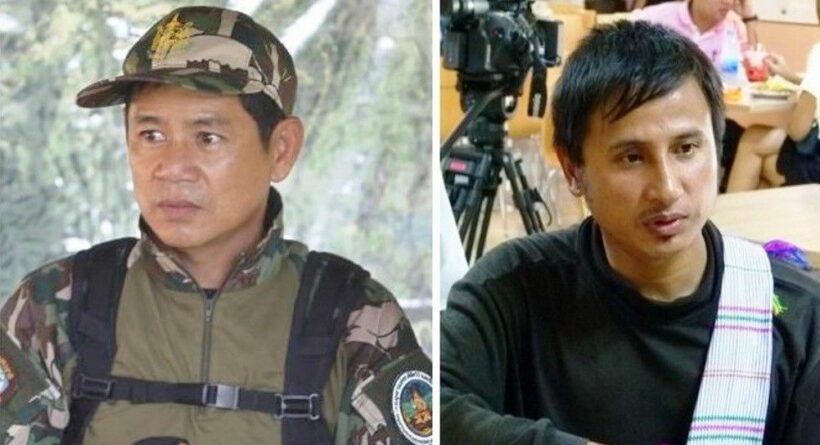 The Department of Special Investigations says they plan to file charges against a former national park chief and three park officials, in connection with the murder of Karen community rights activist Polajee “Billy” Rakchongcharoen back in 2014.

Shane Kanchanapat, director of the DSI’s Special Cases Division, told local media that about 17 files will be submitted to the Office of the Attorney General, along with a recommendation of charges against Chaiwat Limlikhit-akson, former head of Kaeng Krachan National Park, and three former staff members: Boontaen Busarakham, Thanaseth (Paitoon) Chamthet and Krisanapong Chitthet.

The charges include premeditated murder, illegal detention, coercion through use of firearms and physical force, robbery, concealment of a body and malfeasance in office.

The DSI accepted the case in June of 2018, but got a break in April of this year when they found a 200-litre oil drum in the river under a bridge in the national park in Phetchaburi province. DNA samples from bone fragments in the drum matched those of Billy’s mother.

Police say the suspects declined to make formal statements to the DSI and were given until November 28 to submit written testimony. As of the deadline, nothing had been received. Public prosecutors now have 40 days to study the DSI’s findings and to decide whether to indict the suspects or demand more evidence from them.

Billy’s widow, Pinnapa, told reporters she is satisfied with the DSI’s performance and that there is still a chance for justice. Her lawyer said filing the charges will help convince the international community that the Thai justice system meets international standards and can be trusted.