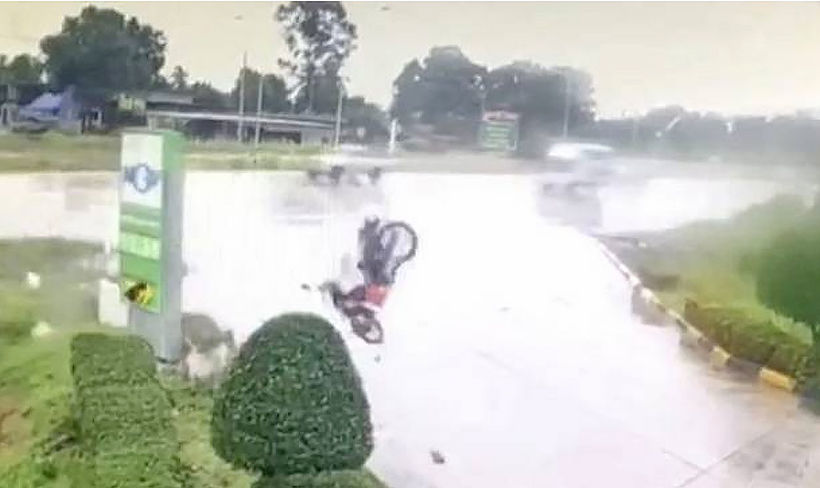 A man is dead and his 15 year daughter old seriously injured after their motorbike collided with a pickup truck on the way to school in in Chon Buri’s Banglamung district yesterday. Police were notified of the incident on Road No. 36 in the morning. Police, reporters and rescue workers arrived at the scene to find a 15 year old girl who had sustained serious injuries lying on the road. She was taken to a local hospital.

The body of 40 year Manas Jantana was found on the side of the road. He was pronounced dead at the scene by rescue staff.

A damaged pickup truck and a motorbike were found nearby. The pickup’s driver, Patipan Thitikunraweephong, was waiting at the scene. He was uninjured.

Witnesses told police that Manas was taking his daughter to school on the motorbike but no one had clearly seen what had happened. Line.me reports that CCTV video shows Manas’s motorbike flipping in the rain, causing him to strike a petrol station sign, breaking his neck.

Banglamung Police are continuing their investigation for further legal action. 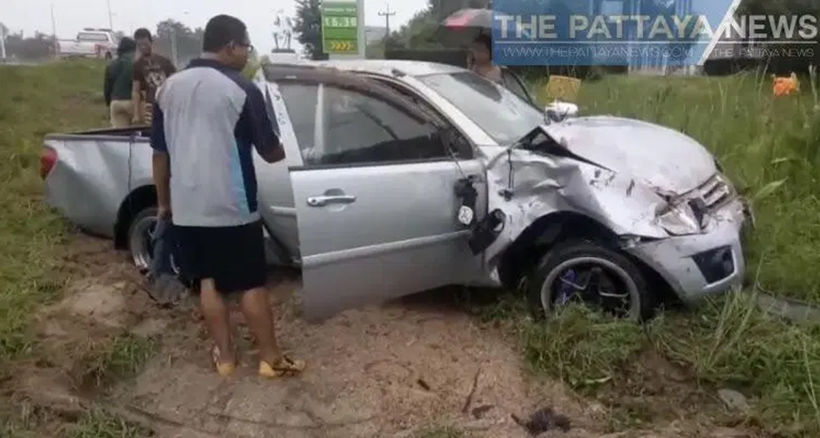 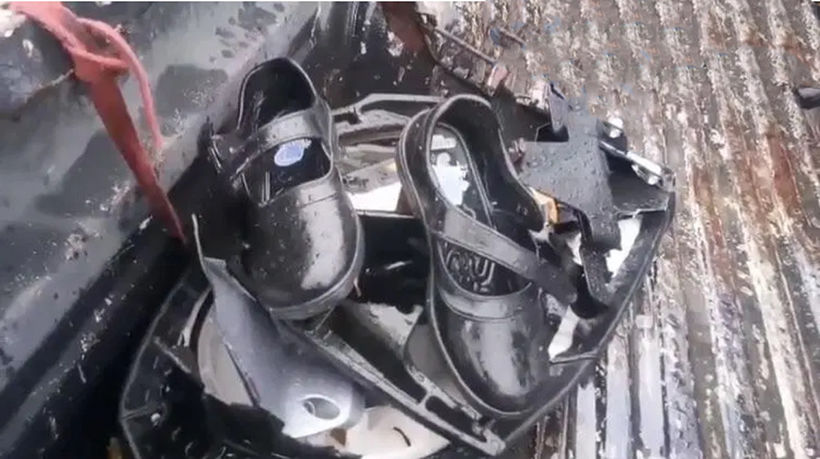