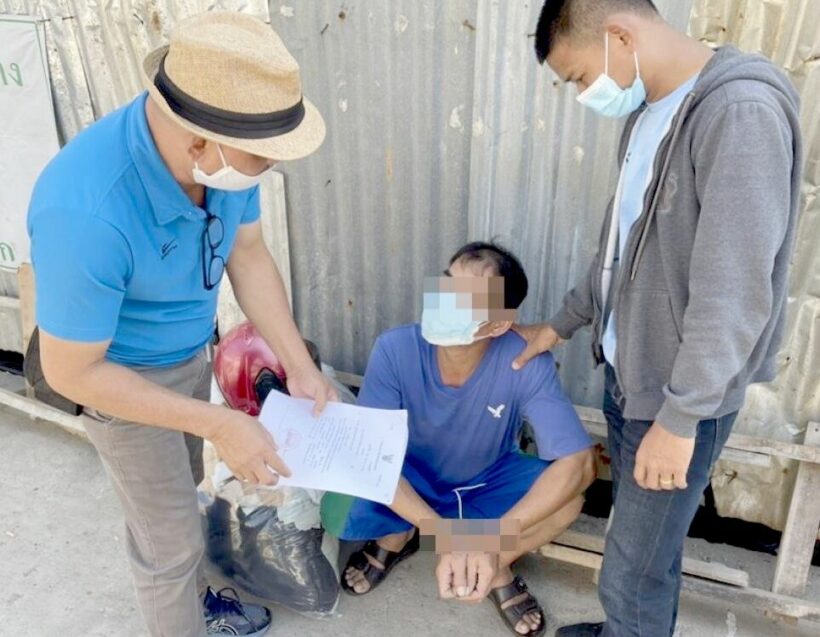 PHOTO: A tour bus driver who fled a horrific accident in 2007 has finally been arrested. (via Siam Rath)

A tour bus driver who fled a horrific accident in Nakhon Ratchasima that left multiple injuries and fatalities and that he was deemed at fault for in 2007 has finally been caught and arrested. The now 52 year old man was arrested in Bangkok for the crime of negligent driving that led to the accident on the Friendship Highway 15 years ago.

The accident took place when he was driving between Bangkok and Mahasarakham as a bus driver for the Sena Nikhom company. He had been speeding, travelling northeast on the Friendship Mitraphap Highway, passing through the Lat Bua Khao subdistrict of Sikhio district at the time of the crash.

A 10-wheeler truck pulled in front of the bus and he was going too fast to safely slow down. He swerved to the left to avoid hitting the truck, but instead crashed into a trailer, setting off a pile-up of subsequent crashes. A pickup truck and a passenger van also crashed as a result of his accident.

In total, deaths were reported on the tour bus and 4 other vehicles, with multiple injuries in all the vehicles involved in the crash. The bus driver who caused the accident fled the scene of the crime before police arrived. The Sikhio Provincial Court in Nakhon Ratchasima issued a warrant for his arrest, but he was unable to be found.

On Thursday, after years of being in hiding, police finally caught up to the man in Soi Pahonyothin 32 in Chatuchak and arrested him. He is facing multiple charges including fleeing the scene of a crime and reckless driving resulting in injury, serious injury and death to another person. It is reported that he confessed to all charges.

Guest1
1 hour ago, AdvocatusDiaboli said: So there is hope for the capture of Red Bull! Na, I dont think so. Billions of reasons speaking against that.

Rain
19 minutes ago, Guest1 said: Na, I dont think so. Billions of reasons speaking against that. Class orientations do have their monments.

Vince
10 hours ago, AdvocatusDiaboli said: So there is hope for the capture of Red Bull! I think Taksin Shinowat has some outstanding parking tickets as well, na? And... "Bus driver who fled 2007 accident with multiple deaths finally arrested" Ok,…

Lyp14 [ctxa]
10 hours ago, Rain said: Nah. Has little to do with comparisons to elite and privileged circles. 10 hours ago, ThaiEyes said: No hope unfortunately. They only do the lower profile (i.e. lower class), people arrests. Very few HiSo unless…

Vince
21 minutes ago, ctxa said: I can't understand why farang keep blaming Thailand only all the time for the Red Bull case. We shall not forget that he is roaming free in the west even when there's an Interpol Red…