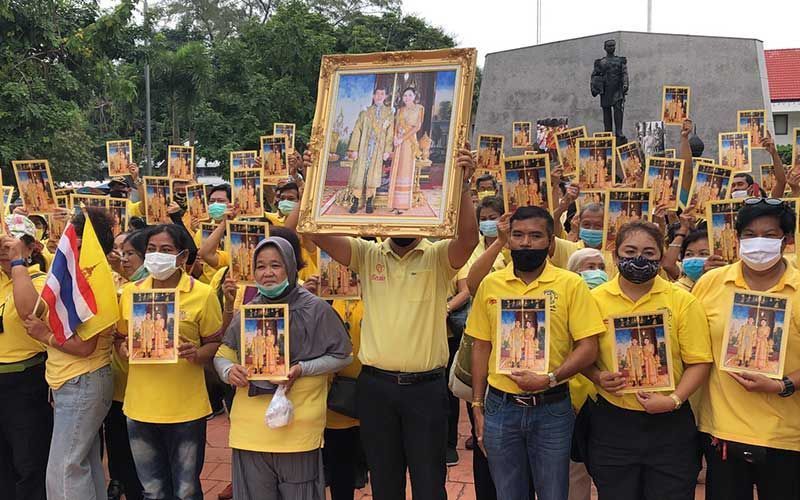 A Thai royalist-linked account was suspended on Twitter following a review by Reuters reporters that found the account spread posts in favour of His Majesty the King and the monarchy in what appeared to be a tactic to sway the public opinion.

While ongoing protests are calling on monarchy reform with statements considered unprecedented and taboo in Thai society, Reuters says they found tens of thousands of tweets from accounts amplifying the pro-government agenda, which an expert claims is a move to counter the pro-democracy movement.

While not directly linked, internal army training documents leaked to reporters show the Royal Thai Army used Twitter to spread pro-government propaganda and discredit the now-disbanded Future Forward Party. Hundreds of the Twitter accounts linked to the Army were suspended in October.

The account @jitarsa_school, created in September with 48,000 followers, was suspended after Reuters reporters reached out to Twitter for comment about the pro-monarchy accounts. A representative from Twitter told Reuters that the account violated the rules and that the suspension was not due to the reporters’ review.

“The account in question was suspended for violating our rules on spam and platform manipulation.”

Recently, a 28-page document showing the army’s plan to target opponents and spread pro-monarchy messages was leaked. The army claims the plan was used as a public relations training exercise.