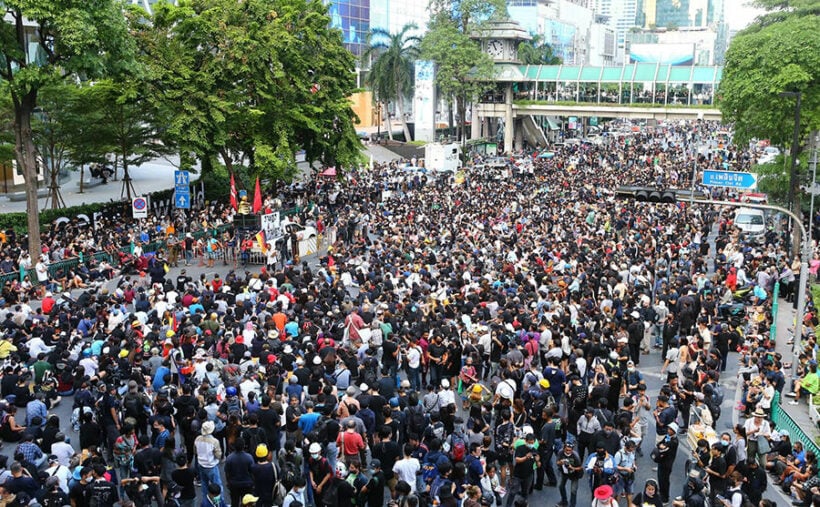 The Metropolitan Police Bureau in Bangkok are hunting a man they suspect of firing gun shots at Tuesday’s rally outside the Parliament building. The Bangkok Post reports that the man was wearing a pink raincoat and a photo shows him pointing what appears to be a gun at protesters. The Erawan Medical Centre in the capital reported that it had treated 6 gunshot victims in the aftermath of violent clashes between pro and anti-establishment factions.

While riot police have admitted to unleashing tear gas on protesters, they deny using live rounds or rubber bullets. Piya Tawichai from the MPB says police believe the man they are looking for shot at a number of people on Thahan Road and may be a guard hired by the Ratsadon (People’s Group) protest movement. He adds that information from journalists and other witnesses who were present corroborates CCTV footage from the scene. Officers are also examining a number of bullet shells found in the area.

Meanwhile, police say they plan to bring vandalism charges against pro-democracy protesters who spray-painted the Royal Thai Police headquarters and vandalised police property during another protest on Wednesday. Officers say CCTV cameras were covered in paint, as was the RTP sign outside the building. Spokesman Siriwat Deepor says the walls of the building and nearby lamps were also vandalised, the tyres on a police vehicle were deflated, and 3 officers were injured by items thrown at them. 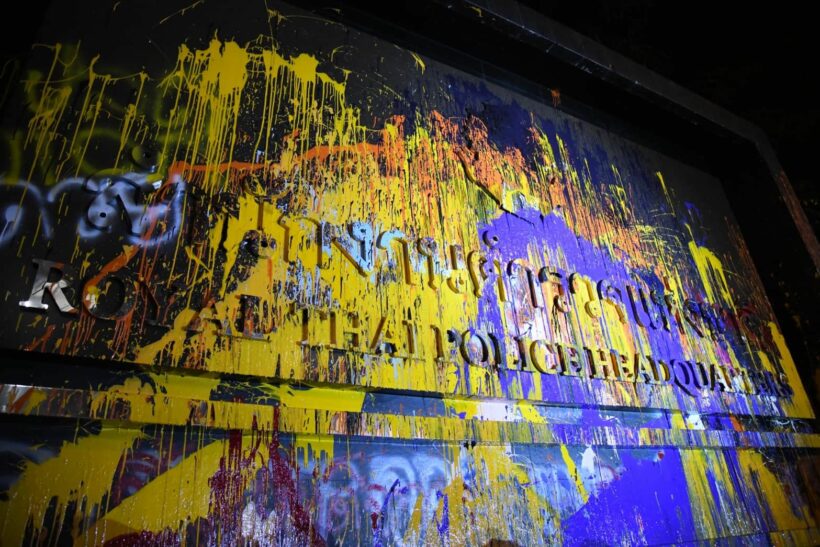 In other news, Labour Minister Suchart Chomklin, has sought to distance himself from yellow-shirt protesters from the eastern province of Chon Buri, where he dominates politically. The pro-establishment group got involved in a violent clash with anti-government protesters, when barricades separating them were torn down.

Suchart says the yellow-shirts involved did not represent him and had come to voice their opposition to the draft constitutional amendment submitted by human rights group, iLaw, which was subsequently rejected in Parliament.