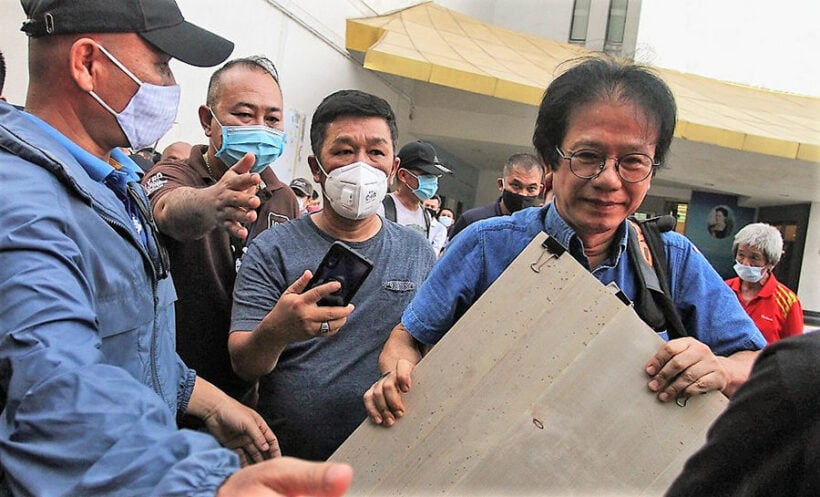 Following the arrest of two activists in Bangkok on Friday, police deny using the emergency decree to suppress political dissent. Both activists were arrested at the Bangkok Arts and Culture Centre, where a small group was commemorating the 6th anniversary of the May 2014 military coup that swept PM Prayut Chan-o-cha to power, tossing out the elected government of Yingluck Shinawatra.

Authorities say both men, who were leading the group, were violating the emergency decree by holding an unauthorised gathering. Police spokesman Kissana Phathanacharoen say the case will likely go to trial within the next month, where the activists could receive a sentence of up to 2 years’ imprisonment if found guilty.

The emergency decree, enacted by the government to handle the time of the Covid-19 outbreak in Thailand, has been extended to the end of June.

However, according to a Khaosod English report, one of the men, Anurak Jeantawanich, says neither he nor fellow defendant Totsaporn Serirak, were doing anything to spread the virus, having taken all necessary safety precautions. He says the arrests are politically motivated and plans to appeal to the Office of the Attorney General. The arrests come just hours after several other political activists were arrested for staging a protest at Democracy Monument in the capital.

“The government is using the emergency decree to deprive freedom and liberty of the people, no different from under the junta.”

Kissana denies the allegation, saying the police are simply enforcing the current law that prohibits any gatherings.

“My job is not to make people believe or not believe. We enforced the law as usual. The organisers violated the decree and it’s the same with those found drinking alcohol in a group.”