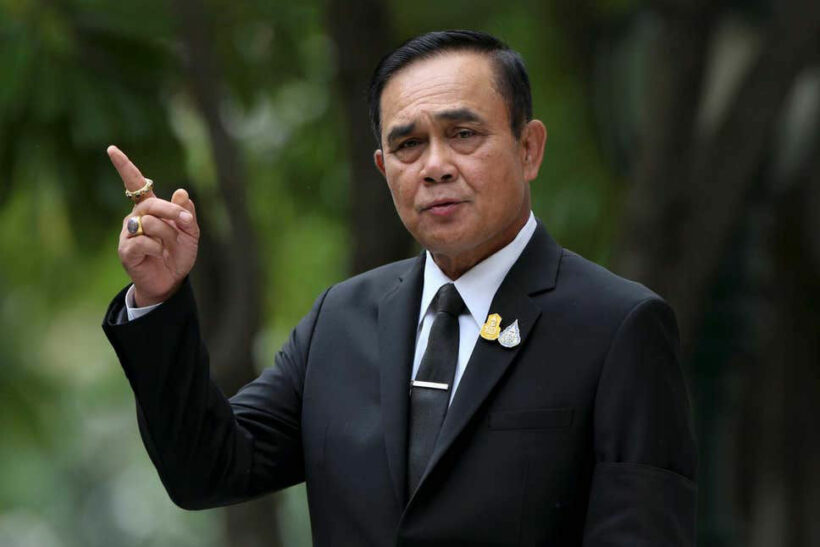 Thai PM Prayut Chan-o-cha is again being forced to sit for chats with leaders of the 20 coalition parties to patch up differences ahead of a no-confidence debate being brought against the fragile government. The no-confidence debate is likely to happen early next month.

Given the close numbers between the multi-party government and the opposition, a full quorum for the coalition will be necessary to defeat any no-confidence motion.

The headlines emerge every few weeks as some of the smaller coalition members break ranks and vent their frustration over broken promises and lack of consultation.

An executive of the ruling Palang Pracharath coalition, and Digital Economy and Society Minister, Buddhipongse Punnakanta, says the PM will choose a date for the meeting. He insisted all coalition partners remain on ‘Good terms”.

He also hosed down rumours that members of Palang Pracharat had back-stabbed the Bhumjaithai Party’s secretary-general, Transport Minister Saksayam Chidchob.The Bhumjaithai Party are a controversial but key member for numbers in the coalition.

Bangkok Post reports that racks emerged in the government after Bhumjaithai alleged some Palang Pracharat key figures were “behind the move by a media outlet to attack Mr Saksayam over alleged irregularities”.

The Bhumjathai Party have responded by filing suits against three television hosts of the media outlet, prompting Bhumjaithai MP Supachai Jaisamut, to bring the issue up in parliament.

Bhumjaithai MPs questioned Energy Minister Sontirat Sontijirawong, the Palang Pracharat secretary-general, on Wednesday about private companies increasing the production and sale of electricity, claiming it would hurt the national Electricity Generating Authority of Thailand. Challenging members of their own party has been rare in this government and the ‘break in ranks’ was noted by media observers.

Leading up to the vote it will be important to pull the Bhumjaithai MPs back into line. If the Bhumjaithai Party left the coalition the Government would not have numbers in the House to survive a no-confidence vote.

In the past Thai PM Prayut has brushed aside reports of conflict among the coalition parties and any risk to the government’s stability during the upcoming no-confidence debate.