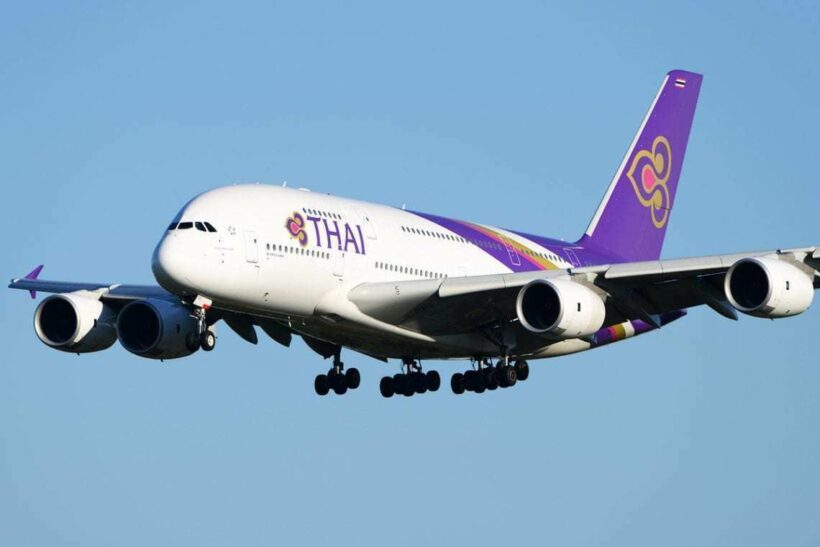 Thai Airways International has announced the turnover of the company and its affiliates for Q3 of 2019, reporting net losses of 4.68 billion baht, a full 27% higher than last year’s result, an additional loss of 994 million baht.

In the third quarter of 2019, the company and its affiliates generated revenue of 45.016 billion baht, which is 6.1% or 2.937 billion baht lower than last year’s revenue.

In the report to shareholders the national carrier reported the major cause for the dip in revenue was “negative factors in the global economy that have reduced customers’ need to travel and transport products, as well as increased competition from low-cost airlines”.

The company and its affiliates have an accumulated expenditure of 47.858 billion baht, which was 4.029 billion baht lower than last year (7.8%). The report said the saving were due to a 12.2% decrease in fuel costs compared to the same time last year.

In yesterday’s report, the company says it had to set aside 2.689 billion baht as a reserve fund for employees who wished to retire early to be in line with the State Enterprise Labour Committee’s announcement that requires state enterprises to pay early retirement packages equal to 400 days of wages to employees who had been working more than 20 years.

The regulation came into effect at the start of Q3.

In the first nine months of 2019, Thai Airways’ accumulated loss is 11 billion baht.

The airline has posted almost a decade of quarterly losses as it grapples with its outdated aviation model and battles with an ageing fleet and top-heavy staffing.

Thai PM will sit down with rebel members of coalition