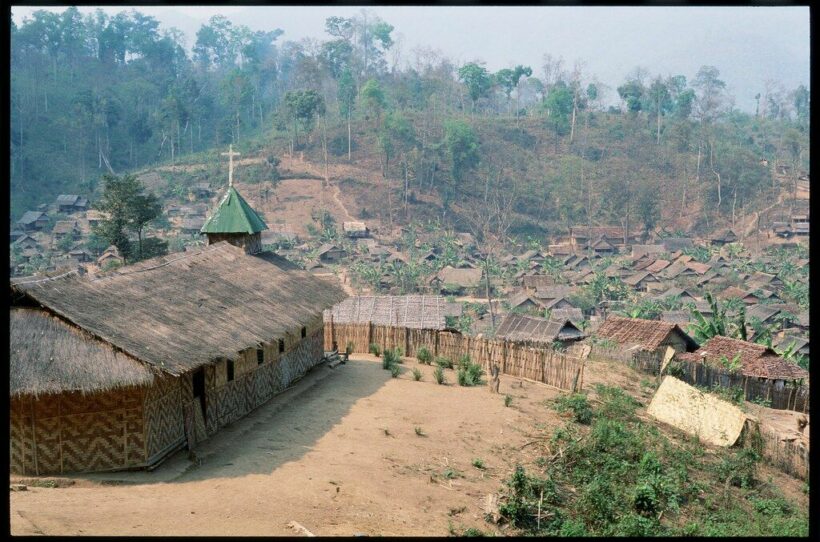 Thailand’s government leaders are now denying backing Myanmar’s junta government 2 days after its military shot and killed over 100 Burmese citizens. PM Prayut made the announcement to the media yesterday at the Government House.

“In what ways do we support Myanmar troops? Nobody supports use of violence against the people.”

But recently, PM Prayut was accused of supplying rice to Myanmar’s military, in which he denied. He also defended the Thai military’s decision to send representatives to attend Myanmar’s Armed Forces Day celebrations, saying Thailand needs to engage and maintain a communications channel.

The move to appear to support Myanmar’s military is quite unpopular as the February 1 coup has earned the country harsh international criticisms along with receiving sanctions from the US, UK, and EU. As the violence against anti-coup protesters continues, even more civilians are being killed. This week saw several children being shot and kllled, with graphic pictures adorning the internet. The death toll, as of yesterday, has risen to 460, with no sign of stopping.

Now PM Prayut says Thailand is preparing to see a rush of Burmese refugees looking to escape the political violence in Myanmar.

“It is a military channel. We need mechanisms which will enable us to follow political developments in Myanmar. The countries share a border and we will be affected.”

“We don’t want an exodus into our territory, but we will observe human rights, too.”

But human rights as a refugee in Thailand may not be what many think. Since Thailand is not a signatory of the UNHCR 1951 Refugee Convention, anyone seeking asylum in Thailand, risk facing arrests or deportations. PM Prayut has also said he is not getting involved or not even looking at what is going on in Myanmar as he confirms his stance to follow Asean’s non-interference principle.

For now, he says Thailand is continuing to engage in economic activities with Myanmar, but says the government is carefully weighing that decision against measures imposed by Asean and other international organisations. Governor Sitthichai Chindaluang says measures are in place to accommodate refugees, but says those who fled out of panic would be asked to return to Myanmar. But those who fled out of fear for their safety would be sheltered on a humanitarian basis near the border.

Recently, the border has even seen Myanmar military aircraft nearing, with planned airstrikes pushing the ethnic Karen tribes out of their dwellings. According to a source, almost 2,200 villagers fled across the border to Mae Hong Son’s Sariang district in Myanmar after airstrikes on a military base killed 1 soldier and injured 2 more.

Singapore is also speaking up as its government recently said the Asean community needs to take a stronger stance against the violence being imposed by the junta in Myanmar.