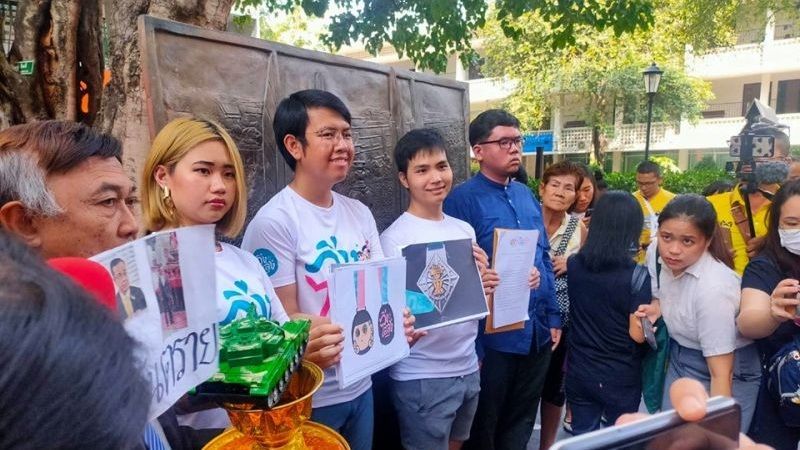 Organisers of the planned Wing Lai Loong  event “Run against Dictatorship” are being warned by the Thai Interior Minister Anupong Paochinda that they may face legal action if they go ahead with their politically-inspired event without prior permission from the police.

The group’s planned press conference, scheduled to take place at Bangkok’s Royal Rattanakosin Hotel on Monday, was suddenly cancelled after they were notified, by the hotel’s management, that the facility was no longer available due to “immense pressure from those in power”. Same happened at the Foreign Correspondents’ Club of Thailand where their event was also cancelled after police threatened to close the club down if the event was allowed to take place.

Police blocking a media press conference is an unusual situation given that there are currently no bans on media events or gatherings. The event was finally allowed to go ahead at the Thammasat University.

The planned running event is scheduled to start at the Thammasat University, Tha Pra Chan Campus, and head towards the Democracy Monument before returning to the university.

Minister Anupong says he disagrees with the running-themed political event, saying that the country has suffered enough from political conflict and there are still many problems facing the country, especially economic problems and drought.

Meanwhile Future Forward party leader Thanathorn Juangroongruangkit is threatening to hold another anti-government “flash mob” on Bangkok’s streets next month. It is thought by some that the party might “piggy back” on the “Run against Dictatorship” event by holding the rally on the same day and at the same location.

Palang Prachachart Thai advisor Suthep Thaugsuban, who led the mass protests against the government of former Thai PM Yingluck Shinawatra over five years ago, said he didn’t know the motives or objectives of Thanathorn, but said it would be unfair to the country and the people if Thanathorn goes ahead with the street protests just to protect himself and the party from being disbanded by the Constitutional Court.

The Election Commission has asked the court to dissolve the party for violating the Political Party Act for accepting a large loan from Thanathorn before the March 24 general election.