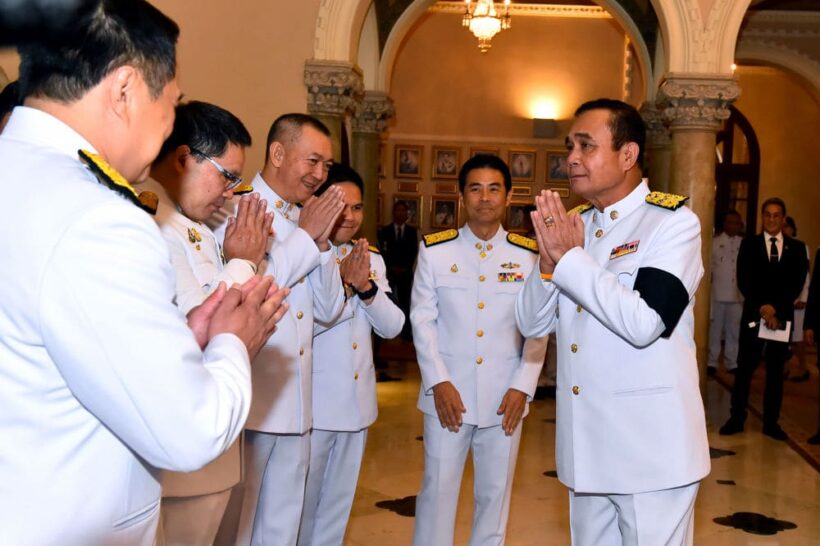 Prayut Chan-o-cha was sworn in as the 29th Thai Prime Minister in a ceremony at Government House yesterday. Key points…

• PM Prayut Chan-o-cha has received royal endorsement as the new prime minister in a ceremony at Government House, a week after winning a vote in Parliament.

• The ceremony was attended by the leaders of the pro-junta coalition and other parliamentary representatives from other parties, with one notable exception, Democrat leader Jurin Laksanawisit.

• Prayut expressed his gratitude to His Majesty the King and promised to maintain high ethical standards and work to serve the public.

• The PM says that the issue of cabinet portfolios had not been discussed yesterday but reiterated that he would have the final say on the composition of his Cabinet.

Earlier yesterday, at a weekly press briefing, Prayut said the discussions on ministerial positions must take into account the appropriateness of the candidates as well as public interest.

“Now we are the elected government, with elected MPs from different parties. We are the government of all Thai people. The policies to be implemented must match the budget in the best interest of the public. It will be decided soon.”

Responding to concerns about the impact of Article 44 on different issues, Prayut tried to reassure the public not to be worried, saying everything would be sorted out before the new government takes office.

Until the new government is sworn in, the acting government will continue to have full authority to carry out the workings of a government. 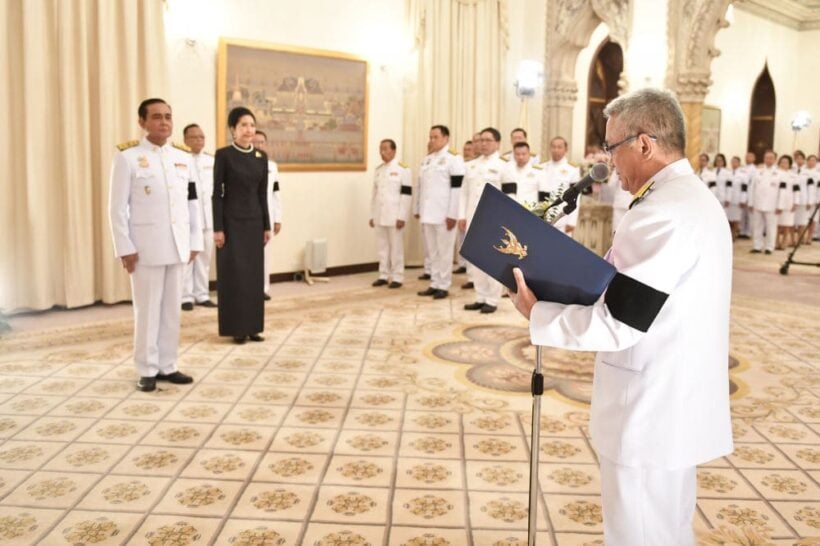