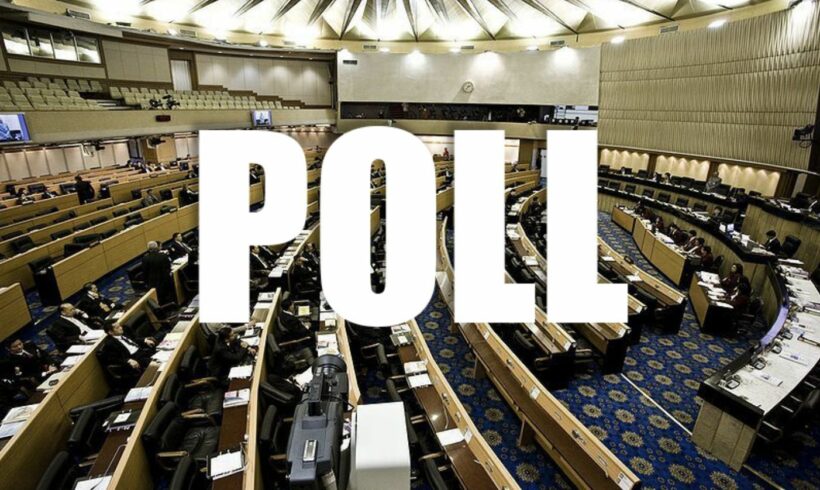 Asked about the effectiveness of last week’s emergency joint session to discuss the political impasse, most Thais believe the talkfest in the Thai Parliament was just a “stalling tactic”, buying time for the incumbent coalition government. The debate was held last Monday and Tuesday. There were no substantive motions coming from the 2 days of debate, merely the setting up a committee to “look into the protesters’ demands”.

The opinion survey was held by the Suan Dusit Poll and conducted over 3 days at the end of last week with a sample of 1,035 people across the country.

Respondents were able to select more than one of the responses (results rounded up to the nearest 0.1%).

• 54.4% say the conflict would remain unchanged
• 41.9% say it was only a government ploy to buy time which was unlikely to lead to any change
• 39% say the prime minister would not resign
• 32.3% say it was a political game
• 31.9% thought it was an attempt to find a way out
• 28.5% were of the opinion that MPs and senators should work together to find a concrete solution to the problem

But 57.2% believed that all parties had “shown their attitudes more clearly”, 43.9% said MPs were given a chance to voice their opinions and 36.5% say the government “had shown its stance in the conflict”.

34.8% were of the opinion that the conflict was likely to escalate.

A small majority of the respondents, 51.7%, were of the option that things will remain the same, but 35.4% believed the situation would “get worse”.